Economic Recap and Forecast for 2015

BY EDDIE MONROY AND ROBYN GOLDBERG 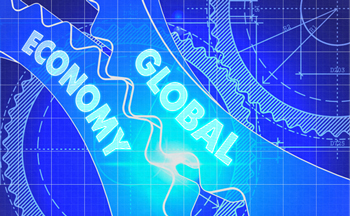 Editor’s Note: By many accounts, chauffeured transportation overall is having a great year. Hospitality and business travel are both strong. It’s important, however, for business owners to keep an eye on the bigger picture: We are all connected in this global economy, so what is happening in other industries can often impact our own. By taking a look at key economic indicators and predictions, it can help you to make smarter business decisions that keep your operation healthy and thriving.

The first quarter of 2015 brought us many obstacles, but good news seems to be following. Going into May, it was more likely than not for the business sector to be concerned if the string of obstacles would ever relent: Mother Nature, negative impacts on individual paychecks, a tough tax season, and political shifts all took their toll. Many industries—from construction to manufacturing, retail to IT—felt the stress. Moving forward, things are looking up as summer starts bearing down.

A Rocky Start to the New Year
So what happened that dragged down the first quarter of the year? Personal wealth lagged for most workers as wages remained stagnant for all but the top 1 percent. Across the nation, flu vaccines missed the mark: Outbreaks hospitalized unusually high numbers and wore others down with symptoms lasting a month or more. Major storms hit the U.S. east of the Rockies, while those out west worried about water shortages and droughts.

A long winter that lasted well into March didn’t help. Some areas, most notably the Boston region and Upstate New York, experienced more than 100 inches of snow accumulation in just a few months. As storms blew in from the southern Rockies, both the Midwest and South saw their own slew of adverse conditions coupled with lower-than-expected temperatures. Such extreme weather caused would-be travelers to abandon their plans, passengers and chauffeurs alike were stranded on highways, and there was a surge in traffic collisions.

Week after week, businesses were forced to open late or stay closed for a day or two as their employees couldn’t get to work. Goods couldn’t move on time. Service deliveries were delayed. The pace of output slowed across a wide variety of industries. Construction came to a staggering halt, due to abnormally cold temperatures and thick snow and ice. The manufacturing sector cooled as orders and customer budgets were reduced or delayed. Clients cautiously put the brakes on spending. After a burst in buying related to consumer confidence and moves to shore up inventories in the fourth quarter of 2014, cutbacks in business spending and personal income hit hard in 2015’s first quarter.

...workers will be better able to pursue better employment options, causing their real wages to rise for the first time in years.”


Workers felt the pain in their paychecks. Many faced a reduction in hours or traded in personal, sick, and vacation days as they lost work due to illness and adverse weather.

And then came the March-April tax cycle. Businesses put payroll and tax preparation on the front burner. Businesses and individuals had to deal with taxes on profits from 2014, slim reserves, and a weak business climate in the first quarter, making cash flow exceedingly tight.

From the end of 2014 and heading into 2015, businesses also witnessed a shift in political attention. Disrupters in many industries gained traction, fueled by private equity seeking higher returns. Increasing regulation made it harder for some to cope with normal business activities. Companies grappled with how Affordable Care Act mandates impact their profits and employees. Pressure to raise minimum wages increased. Alarm bells sounded as small and midsize businesses with already thin margins wondered how they could cope with increased costs. Conversation on the local, state, and national level refocused on the health of small and new businesses and the lowest paid members of the workforce.

There was real optimism at the end of 2014. Unfortunately, despite high expectations for 2015, consumer confidence has declined between January and May 2015, most likely tied to adverse business conditions in the first quarter of the year.

Many consumers continue to report that they are not yet spending on what they want, but rather on what they need. While gas prices have gone down again, spending to cover the costs of groceries, utilities, and health care has gone up. The outlook for consumer spending will likely improve as the unemployment rate continues to drop in most parts of the country. Aside from those in entry-level, low-skills jobs, workers will be able to pursue better employment options, causing their real wages to rise for the first time in years. Consumers are already spending at levels close to those preceding the 2008 recession—which is great news and exactly what we want to see from a consumer perspective.

The silver lining to economic data depression is the explanation behind slower-than-usual growth following a recession: Historically, first-quarter GDP is slower than that of the rest of the year. According to the Bureau of Economic Analysis’ Congressional Budget ­Office, GDP from the first-quarter 2000 to fourth-quarter 2007 (the last quarter before the Great Recession began) grew at 2.5 percent. From the second quarter of 2009 (the recognized end of the recession) to the fourth quarter of 2014, GDP grew at 2.4 percent.

Near-zero growth in the first quarter of 2015, while lower than the start to 2013, was better than the negative start to 2014’s first quarter. Early 2015’s dip in GDP was likely temporary, tied to adverse effects throughout that quarter. Despite all the seemingly bad news from that period, we are seeing continued private sector hiring this year. Continued hiring indicates confidence that business prospects will continue to improve, which should show up in the GDP results from 2015’s second through fourth quarters.

Although consumers are not spending as much as businesses would like, it’s mainly due to an increase in consumer savings. Individuals are saving more on average post-recession than they did before 2008. People are starting to shift from living paycheck to paycheck; they are, instead, establishing a financial cushion, which is good for the economy overall. The money for spending is there—it’s just not being pumped in great volume into the short-term economy. Better consumer saving habits now will help boost the economy tomorrow. In essence, consumers are spending while remaining mindful of their budgets. They are careful what they spend on, generally demanding higher value for the money.

Another staple of past economic expansions—home ownership—has yet to fully recover. Ownership rates remain below expectation, particularly for the pre-retirement age group and first-time homebuyers. For the economy as a whole, incomes have remained flat while housing prices have risen, leaving renters unable to move into homes of their own.

Realty experts are eager for the housing market’s recovery and hoping for a triumphant return from the American Dream’s previous hallmark of homeownership. Increased savings rates are a good start but rising home prices, tight inventory as large investors hang onto their portfolios of homes acquired during the Great Recession, and tight credit keep many potential buyers from entering the market. Years of slow job growth for Millennials negatively impacts housing sales, as this group struggles to earn enough to save for down payments; Millennials’ lack of entry into the housing market keeps current homeowners from moving up.

While housing is still struggling to catch up, there are good signs for the construction sector overall. New home starts, while well below their peak in January 2005, have been rising since 2009, and are expected to continue their ascent through 2015. Increasing numbers of construction cranes on many cities’ horizons indicate recovery in heavy construction.

Recent employment growth figures, which date from the beginning of 2015 to May, have been driven by three main sectors: construction, professional services, and health care. Unemployment numbers have steadily improved from the 2008 year-end peak of 10 percent to 2015 unemployment rates below 6 percent. The U.S. average monthly employment gain in 2014 was somewhere around 246,000 per month, compared to the 2013 average of 194,000 per month.


Although consumers are not spending as much as businesses would like, it's mainly due to an increase in consumer savings.”


The uptick in employment helped some groups—but not all. Education has become a determinant of success: Even as “blue-collar” industries slowly regain traction, many people with little or no college education remain underemployed. The good news, however, is that additional employees on payroll should help to provide a much-needed boost in consumer spending.

As Baby Boomers prepare to retire and employment rates drop, business owners face a number of concerns. Employees who have stayed put for years are expected to look around for higher wages and job-growth opportunities. Many businesses face skill gaps as retiring employees are replaced with a younger, talented, but less experienced staff. The most profitable companies will boost pay scales to attract the best and brightest as their demand for workers exceeds the available supply. Companies operating with tight margins will get squeezed with higher payroll costs, skyrocketing benefit and employee compliance costs, and less available talent.

Focus on the Now to Bolster Your ­Company’s Future
Entrepreneurs and business owners are still optimistic about the future despite economic challenges. Inc. Magazine’s State of Small Business Survey reports that 26 percent of respondents described themselves as “very confident” about the economy’s prospects for 2015—a pronounced increase from last year’s 10 percent.

While it’s important to understand how the issues affecting the economy impact your business, it’s also important not to let the facts paralyze you. Turn a negative into something positive by taking the “bad” in stride and using it to spur growth. Treat setbacks as learning experiences.

Look for growth opportunities everywhere. Expand the number of people assigned to sales and marketing. Spend to increase internal sales and marketing skills as you add systems to improve efficiency and effectiveness. Aggressively pursue acquisitions and cooperative that add scope and depth to the business.

Find out what customers want and add to the services you offer them. Respond to competitive pressures and price increases by placing more importance on value. Seek out customers who are willing to spend more to get higher quality products and services. Carve out a niche for your business by understanding what your customer truly value—and then finding a way to provide exactly that.

Improve prospects for the future by investing in your business. Build up reserves to make weathering increasingly frequent challenges a little easier. Add organization depth to ensure survivability. Learn what you need to do to have a strong balance sheet. Turn your business into a solid, long-term player as you contribute to the growth of the small and midsize business community.

Being mindful of what is happening in the overall economy is paramount to the success of any business. Watching the trends can help you make wiser decisions when it comes to growing your business, trying out a new niche, or knowing when you need to add staff or vehicles. [CD0715]