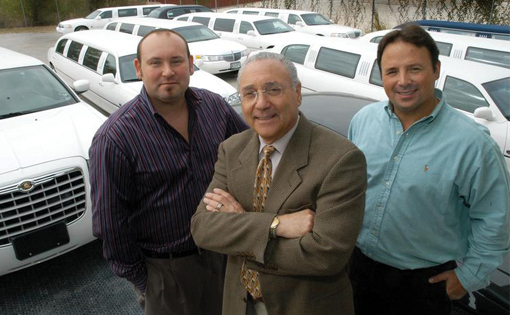 Ken Boyar (center) with sons Todd (left) and Adam Ken Boyar, founder of LCW, passed away on November 8 after a short battle with cancer. He was 74.

Boyar’s love of cars began with his father and grandfather who ran a locksmith and auto glass shop in Brooklyn. Even before he was old enough to drive a car, his grandfather had him sweeping floors and working around the shop. Because he was a small guy, he would often be volunteered to climb into the trunk to test for leaks—which once landed him in the Bronx after they forgot he was in there and the car was delivered!

After graduating college, Boyar took over an ailing body shop in Brooklyn, which he called Auto Body Concepts and later renamed MacGregor Custom Coach. His turnaround of the shop was successful and led to other ventures including racing and chassis work.

His foray into limousines was by chance—at least on the scale that LCW became. By then, MacGregor was operating as American Pullman, and he was customizing and stretching vehicles up to 46 inches. Right before he and his wife Lisa were married, they took a trip to visit her parents in Texas in the early ’70s. By happenstance, his future in-laws mentioned that they knew a man who was stretching vehicles just over the border in Nuevo Laredo, Mexico. That man was Carlos Allen of Allen Coach Works. 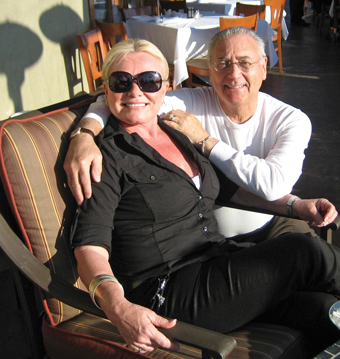 Lisa and Ken Boyar Baffled by the fact that limousines were being produced in the “middle of nowhere” rather than where the majority of customers were, Boyar’s initial meeting with Allen was fruitful. The two negotiated a deal that had Boyar selling Allen Coach Works’ vehicles through APC Sales Corp. The prime location in New York helped expand the reach of Allen Coach to the largest markets in the country.

It wasn’t until 1994 that Boyar relocated his family from Brooklyn to Texas when he took over the operations of Allen Coach Works. Allen had passed away in the early ’90s, and Boyar already knew the business. He built a bigger facility and renamed the company Laredo Coach Works (which would be shortened to LCW Automotive). The limousine business was very strong at this point, and LCW was producing up to 25 vehicles per month.

There was a lot of friendly competition between builders those days, and he had friendships with many of the industry’s pioneers including Gualberto Diaz, Bill Alden, Al Tortora, Ed Grech, and Dan Mitchell. Many of these builders were instrumental in the development of industry safety standards through the largest OEMs at the time: Lincoln’s QVM and Cadillac’s CMC programs. 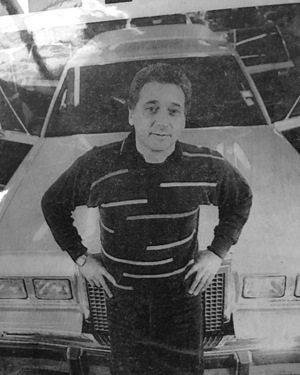 “I remember one of the last conversations we had: We were talking about being the ‘old men’ in the industry, the ‘last men standing’ and we laughed,” says Tortora. “We never thought of each other as the competition. We were colleagues and friends for over 30 years. We talked about seeing people come and go in the limo world, and we both agreed that integrity, honesty, and doing the job right for the customer seemed to have lost out to making the most money. I hope for how many years I have left that I can do this thing I love, and in the way Ken would respect—with integrity and honesty. Ken, you are a true gentleman and you will be missed.”

Lou Saif is currently the National Service Manager for Royale but nearly 30 years ago, he was fresh out of welding school and was introduced to the industry by working for Boyar’s then-Brooklyn-based company.

“Kenny and I always had a friendly relationship because we had a lot of personal interaction and a lot of respect for each other, and he understood that sometimes people grow apart or want to do something else,” Saif says. “We never burned bridges and he always made me feel welcome.”

Saif says that he and Boyar both received their “education on the streets of Brooklyn,” adding that it imbued Boyar with a professional exterior that rarely betrayed the shrewd business sense he had so diligently cultivated.

“Kenny had a super strong drive to be successful. Whatever it took, he was going to do it. He was definitely a force in the business. He’ll be missed, that’s for sure.” 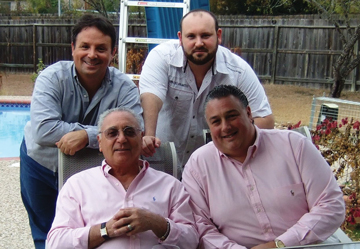 The LCW team (clockwise from bottom left): Ken Boyar, Adam Boyar, Todd Boyar and longtime family friend and LCW VP Peter Reinish Part of his keen business sense came from an interest in innovative ways to make vehicles better and more exciting, such as testing different methods to make them lighter and stronger. He was one of the first to use aircraft composite materials in the roof and floor of vehicles, and he preferred aluminum in the vehicle’s side panels (which LCW uses to this day) because it was resistant to rust and corrosion. He also focused on insulation, which wasn’t a minor task for an all-black vehicle in the hot Texas sun to withstand. In addition to long doors and the sixth-door funeral vehicle—which was adopted later by Accubuilt—LCW was famous for its built-in bar console in a fifth door. Of course, LCW also produced private vehicles for heads of state, celebrities, and TV shows like “The West Wing.” Today, private vehicles are LCW’s mainstay.

Boyar’s last big change at LCW happened in 2006 when he relocated production hedquarters to San Antonio, a move that his son Todd says was for the next generation of leadership.

“That’s the point where he decided that LCW was for his children, so he built a facility in Texas so that we no longer had to go back and forth,” Todd says. “Dad always said that you could tell a lot about a person by the way they swept the floor. If he did a good job with the small things, he knew they had a good work ethic. He was proud to be able to employ people who needed a second chance.”

Todd was first to join LCW in 1998 and he was later joined by his brother, Adam. Both worked their way up, just like Boyar had when he was young. Between 2006 and 2012, Boyar groomed his two sons to take over the company. What started as a semi-retirement summer vacation in San Diego turned into a permanent home for Boyar, where he enjoyed his time fishing and other outdoor activities. 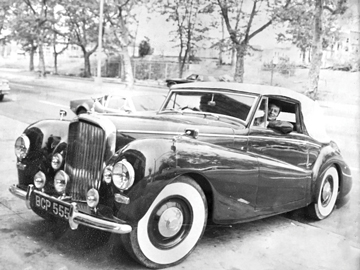 Boyar’s impact on the industry hits close to home at Chauffeur Driven. Both CEO Eric Alpert and President and Publisher Chris Weiss consider him a lifelong mentor.

“Ken was truly a legend and pioneer in our industry, and someone who I considered a dear friend and mentor for 25 years,” says Alpert. “When I started in this business at 20 years old, he was one of the first coachbuilders to give me a shot, and for that I will be forever grateful to him. He always made time to share his industry and life wisdom, and honesty, integrity, and candor defined his character. I have watched how he has groomed his sons Adam and Todd over the years, never giving them a sense of entitlement and making them earn everything that they have. I am confident that his legacy will continue and they will flourish because of the true and tough love he showed them. When thinking of how one day I will hopefully pass the torch, Kenny will be an inspiration and role model for me. Kenny’s passing is a big loss and we will never forget him.”

Boyar is survived by his wife of four decades, Lisa, and his four adult children: Cris, Monique, Todd, and Adam. [CD1215]