It's a GO! The Return of the Lincoln Continental for Livery

It’s official: The Lincoln Continental will be part of the Ford-Lincoln Limousine and Livery lineup when it’s released this fall. It will be Lincoln’s flagship sedan. 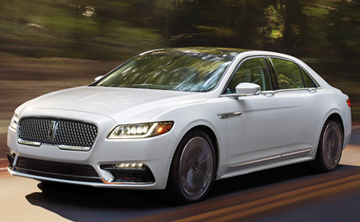 A preproduction model of the 2017 Lincoln ContinentalSince its strikingly beautiful blue concept debuted at the 2015 New York International Auto Show, it was rumored to be the latest model to join the livery lineup that includes the MKT Town Car, Navigator L, and the Ford Transit. Lincoln Limo/Livery Manager Craig Hall confirmed that the full-size Continental sedan will be available for the industry; it will be produced at its Flat Rock Plant in Michigan and sold as a 2017 model. Limo/Livery dealers will also have black-on-black vehicles with the Livery Package starting this fall.

The production model will retain many of the features that helped the public (and the media!) fall in love with the concept, including its prominent signature grille, use of natural woods and fine leathers

It will be the tenth-generation design of the storied nameplate, which first began production in the 1940s. It’s long been known as the crème de la crème among Lincoln offerings, and was the choice of luminaries from Elvis Presley to President John F. Kennedy. The last generation was retired in 2002—its 50th year—although it did spark a concept that same year.

The name may be iconic but its bold styling and numerous safety and luxury features are all 21st century. The latest Lincoln sedan easily fits into the lineup while still being unique. The Continental is a blend of strength and serenity, tough and soft, powerful and comfortable. Like the MKT Town Car, Ford/Lincoln has focused on the passenger experience, which Lincoln President Kumar Galhotra likes to call “quiet luxury,” according to a press release announcing the vehicle in January. 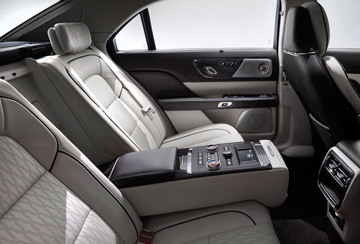 Hall says that the Continental will be offered only as a livery sedan and that there are no current plans to offer it as a stretch. Continental pricing and additional information will be announced closer to the product’s release date. The MKT Town Car will continue to be available as a livery sedan through Lincoln dealers and as a limousine through its QVM builders.

The Continental will be on hand at Chauffeur Driven’s Executive Retreat in New Orleans this May 1-3 so operators can experience the preproduction model in person.”

The Continental will be on hand at Chauffeur Driven’s Executive Retreat in New Orleans this May 1-3 so operators can experience the preproduction model in person. The vehicle will be provided courtesy of Gold sponsor Complete Fleet Livery Sales. [CD0316]