As motorcoaches continue to claim their place as fleet staples and more operators venture into the world of high-occupancy vehicles, it becomes increasingly apparent that buses and motorcoaches are governed by a set of rules wholly isolated from those regulating sedans, SUVs, and limousines. 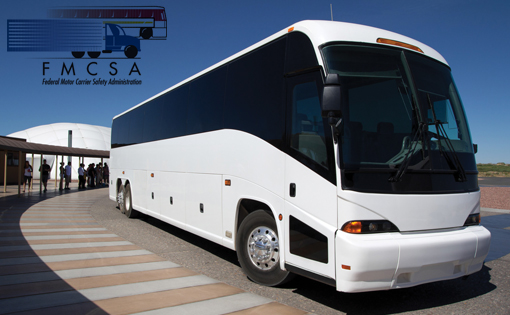 Unfortunately, these unfamiliar operational guidelines can range from confusing to seemingly counterintuitive, even to the most seasoned motorcoach operator. Take, for example, the Federal Motor Carrier Safety Administration’s (FMCSA’s) 2015 implementation of the Lease and Interchange Rule for Passenger Carriers, which is presently on the books but will not be actively enforced until January 1, 2018—revised from an original compliance date of 2017.

In short, the rule mandates that an operator assumes all responsibility for any subcontracted vehicles or issues encountered during the contract’s duration. Originally intended to prohibit companies that have been put out of business from transporting passengers without having the operating authority to do so, the rule instead places an unnecessary and potentially company-shuttering onus on the operator who’s borrowing other companies’ additional people-movers and their accompanying drivers.

What are the terms of FMCSA’s Lease and Interchange Rule?

• If a movement is subcontracted or partially farmed out to a second carrier, the transaction will trigger the requirements of the rule; however, if the contract is entirely reassigned to another carrier, the charter will be exempt

• Vehicles exchanged or interchanged must be marked with the leasing company’s name and DOT number (Source: buses.org)

“It puts a tremendous strain on a carrier,” says United Motorcoach Association (UMA) President & CEO Vic Parra. “Let’s say you’re the primary contractor who gets a request from a customer, and you’re going to subcontract some of this work because you don’t have enough buses: You then become responsible for any compliance issues that come up with that other carrier.” Which is to say that any of the subcontracted company’s issues that arise during the move—from a driver exceeding his hours of service to an accident—automatically become the responsibility of the primary carrier.

Vic Parra, President & CEO of the United Motorcoach Association But what’s especially ironic about this bill, as Parra points out, is that the FMCSA historically has done everything in its power to control brokers—defined by the FMCSA as “a person or entity which arranges for the transportation of property by a motor carrier for compensation,” and neither assumes responsibility for such property nor is bound to any sort of operational compliance—and is now inadvertently empowering them to both subvert the industry’s safety standards and redirect accountability.

“Brokers don’t have any skin in the game: They don’t have equipment, DOT numbers, or operating authority,” Parra points out. “So this really gives brokers a free hand to control this business when you have to subcontract something out.”

UMA, along with the American Bus Association (ABA), has filed a petition for reconsideration with Congress, as the association believes that a lease should never be required between two carriers when both have Federal operating authority. While Parra agrees with the FMCSA that any business entrusting its passengers to a contracted entity without thoroughly researching and vetting it should be held accountable for issues arising from a secondary provider that’s not up to snuff, he does not believe that the rule’s current state is the best solution.

Accordingly, within UMA’s reconsideration petition is an alternative suggestion that Parra says is better aligned with the actual practices of upstanding motorcoach operators.

“We’ve gone to FMSCA to let them know the rule doesn’t solve the problem,” he says. “We’ve suggested an alternative solution for it that makes more sense: If you are, in fact, going to knowingly deal with a carrier that no longer has operating authority—not that most companies would—that’s when FMCSA should require you to hold yourself accountable for that carrier operating in a legally sufficient manner.”

Parra says that UMA has been rallying its members and resources to implore “Congress to initiate legislation to get this rule removed, or at least changed.” In addition to lobbying for a reconsideration of the Lease and Interchange Rule being the top priority at UMA’s recent Capitol Hill Days in Washington, D.C., the association has asked members to send a letter to their senators and representatives that itemizes all the ways the enacted-but-not-enforced rule creates undue trouble for carriers who are simply looking to utilize additional equipment.

There is no timeline as to when UMA and motorcoach operators can expect news regarding any changes to the rule, though Parra says that FMCSA has acknowledged that the petition for reconsideration has been received. Additionally, he is heartened by both a gradual legislative response to UMA’s concerns and the historical success of the association’s Capitol Hill Days.

“We do have a successful track record: Last year, we had members of Congress support our position not to raise insurance limits, which would have put a lot of companies out of business,” Parra says. “We’re slowly getting a response from both the House and Senate, and have had half a dozen members of Congress sign on to a letter supporting our position. Our Capitol Hill visits are crucial, and they do make a difference.”

To find out more about the Lease and Interchange Rule, UMA’s website (uma.org) maintains a news section highlighting any updates, as does ABA’s website (buses.org)—in addition to including bullet-point lists clarifying both the rule and its key exceptions. FMCSA’s site (fmcsa.dot.gov) includes a full breakdown of the rule that can be accessed through its “Regulations” tab. [CD0416]