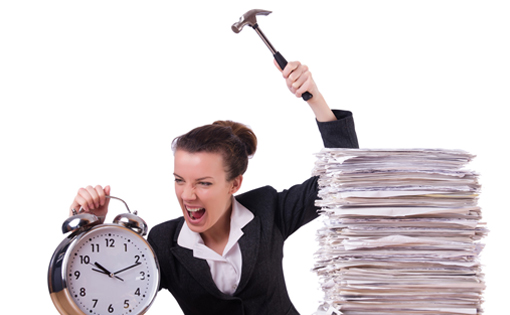 In June 2015, the U.S. Department of Labor proposed changing regulations that affect overtime exemptions under the Fair Labor Standards Act (FLSA). The proposed regulations increase the minimum salary earned by employees to qualify for overtime exemption from $455/week ($23,600/year) to $970/week ($50,440/year). This proposed change would affect many employers throughout the United States–most notably, any businesses with employees whose salary is under $50,440 and who are classified as exempt from overtime.

The Department of Labor’s Wage and Hour Division estimates that 10.9 million employees will no longer qualify as exempt based on the new salary level while other estimates put this number at 15 million or more. More to the point, up to 15 million employees will now be eligible for overtime pay for every hour worked over 40 in a workweek. While the effective date and, therefore, the exact details of the regulation have not yet been set, it is important to fully understand the possible implications of this change to your employee’s pay, your business, and your budget.

Before we get too far into the effects of the proposed change, let’s review the FLSA. This act requires that most employees in the U.S. are paid at least the federal minimum wage for all hours worked and receive overtime pay at time-and-a-half of the regular rate of pay for all hours worked over 40 hours in a workweek. Section 13(a)(1) of the FLSA provides an exemption from both minimum wage and overtime pay for employees who are bona fide executive, administration, professional, and outside sales employees—hence, the classification of “exempt.” Employees whose job descriptions and duties do not fall within the classifications listed above are not exempt from minimum wage and overtime pay, thus, the classification of “non-exempt.”

It is important to note that simply giving an employee a title that may imply an exempt-level position does not make that position exempt. For a complete audit of each position, many qualifiers are taken into consideration, including the level of autonomy in the position, the control over budget, hiring/firing/discipline involved in the position, the pay, supervisory/management level, rate setting of pay and hours of work, and planning work.

One of the current qualifiers for an exempt-level position is a salary of $455/week or $23,600/year. The proposed regulation would increase that to $970/week or $50,440/year. When this change takes effect, companies will have to start paying overtime to anyone earning less than $50,440 who works more than 40 hours in a workweek. (PTO, vacation, and sick time do not count toward hours worked.) Your two choices are to either move forward as is and pay those employees overtime, or adjust their salaries as necessary. I suggest starting with a list of your current exempt employees and their salaries: For those earning between $23,600 and $50,440, you will need to determine the actual hours they work each week.

Divide the employee’s current salary by 52 (weeks in a year) and divide that number by the average hours worked per week. If you have employees who work more than 40 hours/week, you will need to determine their hourly rate and find out how overtime will affect them. If you are like most companies, you are not currently tracking the hours your exempt employees work. Now is the time to start—before the change in regulation is implemented.

See the examples below to illustrate how tracking hours can assist with the decision to either leave salaries as they are, or increase them to meet the new minimum salary level:

If these numbers all look a little scary, it’s because they are! As you can see from the example above, it would be wise to increase Jack’s annual salary to at least the new minimum of $50,440. The other employees will receive an annual pay increase because of the overtime, but no increase to their salaries is warranted.

When will this change commence? Different websites and articles give different answers to this question; however, either late summer or early fall of this year seems likely. When this change does take effect, there will be a minimal amount of lead time for you to accommodate them, so preparing in advance is your best course of action. Making an effort now to sit down with your human resources department, generalist, or consultant to plan for these changes to your budget, job descriptions, timekeeping processes, and procedure will save you from many a headache down the line. [CD0516]

Christina Fiorenza is the HR Director for The LMC Group. She can be reached at christina@LMCpeople.com.