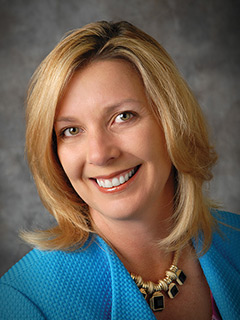 On August 29, ILA’s lawyers filed a brief on the association’s behalf, which explained its members wishes for an appeal regarding the Federal court's ruling on the lawsuit against the City of Chicago in the 7th circuit court. Final arguments were presented by both sides of -2009, Illinois Transportation Trade v. City of Chicago on September 19th at the US District Court.

On November 1, ILA informed its members that it has “received the ruling and opinion from the 7th Circuit Court of Appeals regarding our appeal.” The ruling was written by three of the nine appellate court judges, who expressed that it is the opinion of the appellate court to dismiss ILA’s appeal and the case.

But there is a next step. Guided by attorney feedback, the ILA Board of Directors will continue to work all legal options by not only requesting a rehearing by all nine appellate court judges (which is already in progress) but also seek a U.S. Supreme Court review should their next request is either denied or does not alter the most recent judgment.

While the ILA has negotiated with its lawyers to ensure that their next course of action will come with no legal fees, the association remains nearly $9,000 short of its $25,000 goal to cover the Appellate Court appeal fees; it is asking that any members who have yet to pay their assessment fees do so immediately.

The association is still awaiting the City of Chicago study regarding background checks for TNC drivers. Access Living of Metropolitan Chicago, a disability rights group, is suing Uber failing to comply with the Americans with Disabilities Act (ADA).

The next ILA event will be its open board meeting December 7.

Click here for a copy of the final ruling. Visit illinoislimousineassociation.com for more information about the ILA.