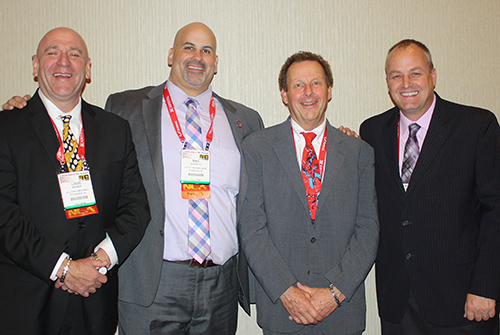 After nearly a year and a half of careful planning and exploratory meetings, transportation professionals around the Keystone State have announced that the Pennsylvania Passenger Transportation Association (PPTA) is on its way to becoming an established organization.

The association will serve as a unified, statewide voice for chauffeured ground transportation, ambulance and school bus services, and the taxi, bus, and motorcoach industries.

According to Barreto, the association will be “the strong transportation base we need in Pennsylvania” while helping the state’s many passenger-transportation operations work in a concerted effort and deliver a consistent message.

“The idea came about that we would open it to not just the livery industry but to anyone who does for-hire transportation with passengers in Pennsylvania,” he said. “We figured that it would give us a lot broader of a brush to deliver information to the capitol with, and it would also give us a better understanding to have people outside our industry offer their input and influence to initiatives we want to see in the state.”

The PPTA has been a long-gestating idea, as Barreto said that its founders were exercising caution while diligently crafting an association that would offer clear supplementary benefits—not competition to preexisting organizations.

“We needed to know how to go about establishing this association without conflicting with any other association’s initiatives,” he said. “This association is being formed to have a unified voice for the for-hire industry in the state capitol. That’s the most important thing. We’re not trying to pull away from what the other associations have done at the state and federal levels—we want to enhance that with one message at a statewide level to reach our representatives and get things done.”

Specific to this industry, Barreto points out that as operators are delving into work beyond the more traditional retail and corporate mainstays, having a diverse association will help them navigate the landscape of a changing decade to come.

“Considering that a lot of livery operators are diversifying into transit contract shuttle work, motorcoach work, and medical nonabulatory work, it seemed to address where our industry will be heading over the next 10 years or so,” he explained.

It was important to include as many voices as possible to “develop more avenues of connections and communication to other industries that we’ve never had before.”

Barreto added that in addition to the association advocating for and providing education to the overall passenger transportation industry, it will also be serving as a watchdog organization to the benefit of companies still battling for a level playing field against ever-encroaching TNCs.

The PPTA plans to meet every other month in 2017—twice each in the eastern, central, and western thirds of the state—with its first official meeting to be heldin the year’s first quarter. A daylong meeting featuring education and a Day on the Hill is also in the works.

Email Barreto at michaelb@flytetime.com for more information about PPTA.