Los Angeles — Fresh off the success of its NorCal Holiday Party a week earlier, the Greater California Livery Association (GCLA) welcomed more than 200 members, supporters, friends, and family members to its annual meeting December 13. CD Editor Madeleine Maccar was on hand for the yearly gathering, which was held at the Los Angeles Airport Marriott.

The meeting kicked off with Kevin Illingworth of Classique Worldwide Transportation—identifying himself as “acting GCLA president”—circling the packed room with a microphone in hand to make sure all in attendance had an opportunity to introduce themselves, which also demonstrated the coast-to-coast representation the annual meeting attracts. Illingworth also highlighted GCLA’s 2016 successes, which included pushing back the date for all “older” limousines to be retrofitted with a fifth-door escape to January 1, 2018. 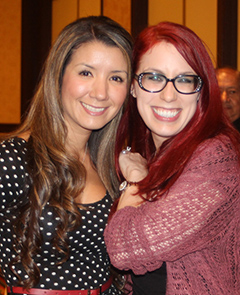 Katie Martinez of Chosen Payments (left) with CD Editor Madeleine Maccar The evening progressed with a number of heartfelt speeches, award presentations, and standing ovations—plus the announcement of the 2017 GCLA Board of Directors, which is as follows: 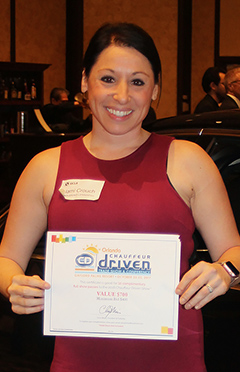 The evening concluded with a live auction that benefited the association in its ongoing efforts to benefit both the industry and the safety of all transportation professionals and passengers alike. Chauffeur Driven helped raise $3,000 by donating a pass to the San Francisco Executive Retreat won by Dhillon, an attendee and spouse pass to the 2017 CD Show in Orlando that was won by Jami Crouch of Aadvanced Limousines, and a full-page ad, which was won by Brodsly.