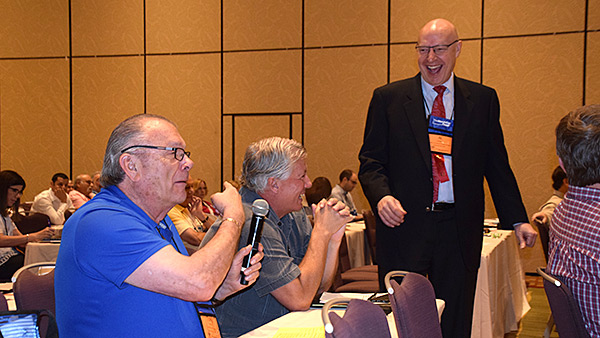 In his opening address, TLPA President Bill Scalzi noted that the association’s most recent activities have focused on four key areas: addressing legal, regulatory and legislative issues on a national scale; developing alternative business models for the industry; effectively engaging the media on the public safety failings of transportation network companies (TNCs); and creating programs that foster public respect and recognition for the industry.

“Now is the time to keep our membership strong so that TLPA can continue to support our industry in the capacities that I just presented. If we all continue to work together through TLPA, then we will be successful and we will prevail,” Scalzi said.

Sponsors of the conference, held at the Hyatt Regency Indian Wells Resort & Spa, included iCabbi, The Black Car Fund, iCARS, CMT Group and Autocab. Nearly three dozen exhibitors showcased their products and services in the Expo Hall, while attendees were treated to meals, cocktails, and hors d’oeuvres in the exhibit space. 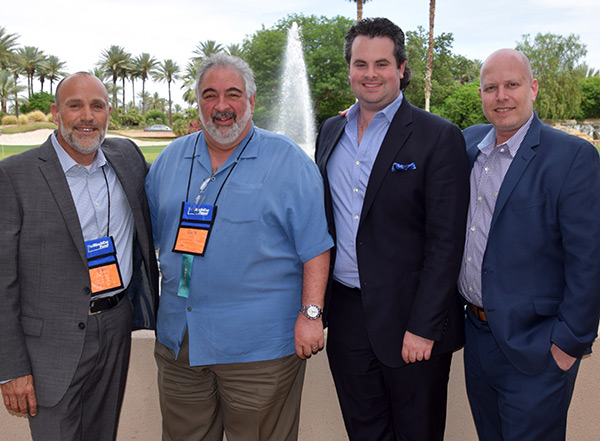 L to R: Mark Karolides of Tristar Worldwide, Sam Amato of Gateway Global, Matt Assolin of Nikko’s Worldwide Chauffeured Services, and CD Publisher Chris Weiss The general session presented two major topics. One covered new insurance structures for the industry that are based on time and mileage, and represent significant savings for operators. The second discussion focused on specific tactics for pursuing long-term competitiveness with TNCs. Both received overwhelmingly positive feedback from attendees.

The conference also hosted six breakout sessions on topics such as fleet marketing tactics, driver recruitment, and the advent of autonomous vehicles. The TLPA also received nominations from the floor for its 2018 roster of TLPA officers and directors, where 13 members were nominated. Additional nominations can be made by contacting the TLPA office and will be accepted through May 15.

Up next for the TLPA is its July 12-15 Mid-Year International Leadership Conference in Anchorage, Ala. The TLPA’s 99th Annual Convention & Trade Show will be held October 8-12 in Denver, Colo.