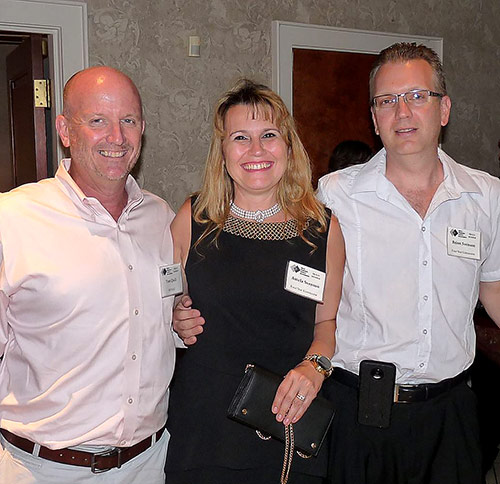 (L to R) Tom Quill of Royale and Amela and Brion Svenson of Four Star LimousinePeabody, Mass. — The New England Livery Association (NELA) took to the waterfront June 20 for its most recent quarterly membership meeting, which brought together 65 members and vendors at Spinelli’s overlooking Suntaug Lake.

Executive Director Rick Szilagyi kicked off the meeting, welcoming all in attendance and both introducing and thanking the evening’s sponsors, Chosen Payments, Create-A-Card, and Livery Coach.

Szilagyi and the meeting’s first speaker, Scott Solombrino of Dav El/BostonCoach, both were among those representing the industry’s New England presence last month for the National Limousine Association’s (NLA’s) annual Day on the Hill. This year’s installment of the lobbying event put several NELA members in front of their elected representatives, including senators Jeanne Shaheen of New Hampshire and Elizabeth Warren of Massachusetts. Solombrino, who is also a board member of the NLA, shared the details and successes of the boots-on-the-ground day in Washington, D.C., as well as how important it is to have those face-to-face conversations with the nation’s legislators so they have a direct line to the industry’s unique concerns and challenges. 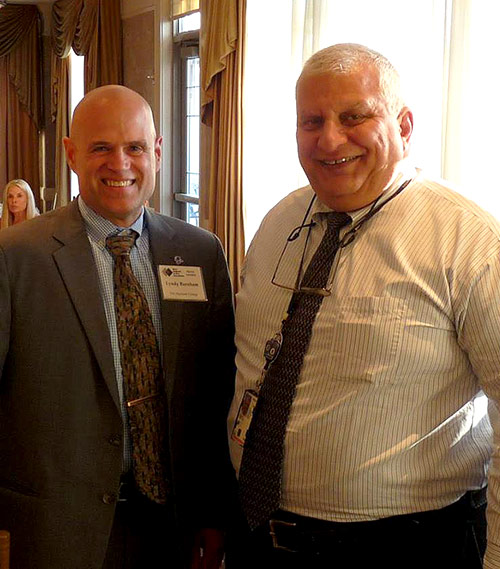 Lyndy Burnham of The Hudson Group (left) with guest speaker Surface Transportation Security Inspector Salvatore Venturelli of the TSAThen it was time to hear from the meeting’s guest speaker, Surface Transportation Security Inspector Salvatore Venturelli, who was on hand to explain the TSA’s new First Observer Plus program. The plan aims to assist transportation professional in becoming proactive ambassadors of airport safety by teaching them how to identify suspicious activity, offering them guidance in assessing what they see, and providing a method for reporting those observations that may merit further investigation. Ultimately, according to Venturelli, First Observer Plus is a way to help transportation professionals become key players in the air travel industry’s ongoing efforts to thwart terrorist attacks.

Anyone interested in participating in the TSA’s First Observer Plus online training program can visit tsa.gov/for-industry/firstobserver to find out more.

An array of raffles capped off the evening meeting, which included a pass to the 2017 Chauffeur Driven Show in Orlando this October that was won by Brion Svenson of Four Star Limousine.

Up next for NELA is the 18th Annual George Colarullo Memorial Golf Tournament, scheduled for August 8 at the Marlborough Country Club. Its next quarterly meeting will be September 12.