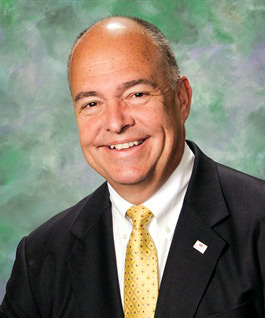 ABA President Peter PantusoWashington, D.C. — The American Bus Association (ABA), whose mission is the advancement of North American motorcoach travel and tourism, in joint letters with the National Limousine Association, Near Airport Parking Industry Trade Association, and the Taxicab, Limousine, Paratransit Association to the Chairman and Ranking members of the Senate Commerce, Science and Transportation Committee and House Transportation and Infrastructure Committee, urged clarity and a level playing field when it comes to landside transportation at our nation’s airports. With deliberation underway of legislation to reauthorize the Federal Aviation Administration, the coalition is asking Chairman John Thune (R-S.D.) and Ranking Member Bill Nelson (D-Fla.) of the Senate Commerce Committee and Chairman Bill Shuster (R-Pa.) and Ranking Member Peter DeFazio (D-Ore.) of the House Transportation and Infrastructure Committee to consider landside transportation issues.

“Ground transportation has become an increasingly important topic given the growing number of stakeholders seeking access to the airport’s limited curb space to provide efficient transportation alternatives for travelers. Our associations strongly believe it is in the best interests of the traveling public and the airports seeking to manage their limited curb space that transportation policy be formulated with the realization that private enterprises must have the ability to (1) compete on a level playing field free from undue and discriminatory regulatory burdens and (2) continue to grow and participate in private investment.”

Nationwide, private motorcoach operators are facing barriers to landside access of federally funded airports. This includes inequitable access such as inconvenient and inconsistent drop-off and pickup locations, as well as exorbitant fees.

The coalition urges the creation of a working group led by the Department of Transportation’s Undersecretary for Policy to study the effectiveness of achieving those goals already set forth in Section 47101 of the U.S. Code - encouraging intermodal connections on airport properties to serve passengers efficiently as well as promoting economic development, economic productivity and global competitiveness.