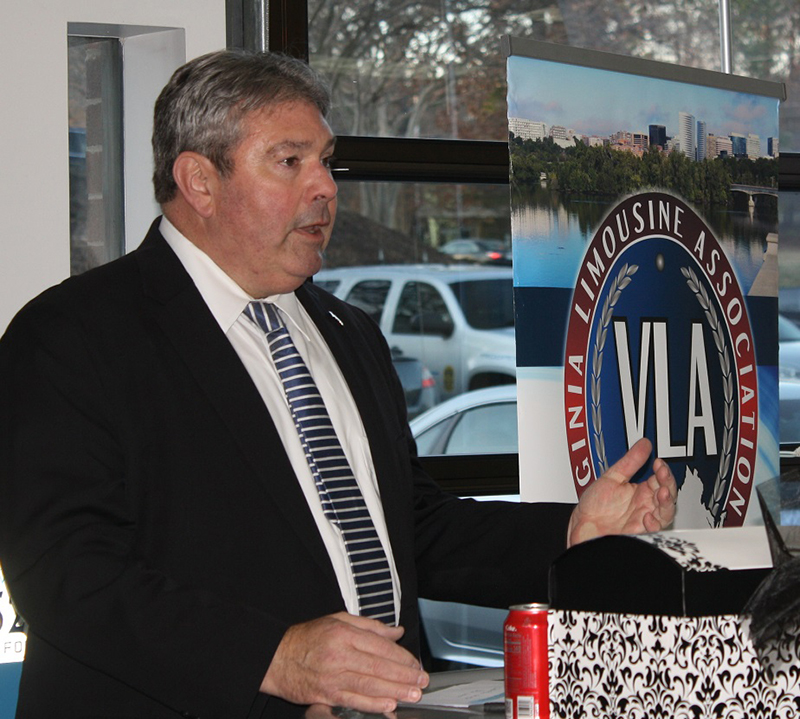 Once President Paul Walsh of Superior Executive Transportation and Treasure Randy Allen of James Limousine Service dispensed with their updates and duties, meeting host John Oulton and sponsor Brian O’Neill of Grech Motors both spoke to the crowd.

Johnson, Reston’s safety and training manager, kicked off the keynote portion of the meeting by discussing the increasingly important topic of electronic logging devices, better known as ELDs. Despite being in use for more than three decades, ELDs have recently become a hotly discussed issue largely in part of increasingly stringent Federal Motor Carrier Safety Administration (FMCSA) regulations mandating their use. 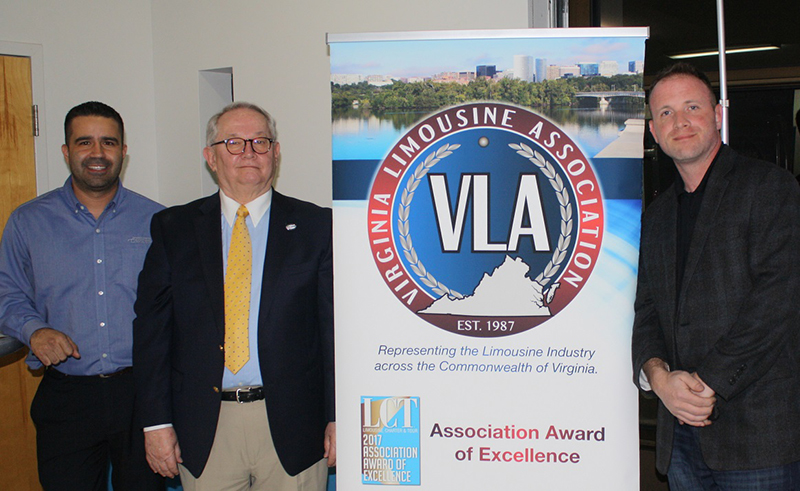 L to R: Meeting host John Oulton of Richmond Limousine, speaker Keith Johnson of Reston Limousine, and meeting sponsor Brian O’Neill of Grech Motors During his presentation, Johnson provided some background on how the devices that were originally intended to track service hours evolved into a method of GPS tracking, monitoring vehicles’ speed and idleness, driver activity and habits, and more—leaving many feeling a little too closely monitored. He also outlined Reston’s preferred alternative: Automatic On Board Recording Device (AOBRD), which only tracks service hours.

Other topics Johnson covered included an overview of the regulations the FMCSA has instituted in its comparatively young 18-year history, how any automobile transporting more than nine people (including the chauffeur) is considered a commercial motor vehicle, the ins and outs of CDL requirements, and driver log books. He also further elaborated on ELDs, though it is a topic necessitating 21 pages of regulatory explanation.

Then Phalen, who has nearly 20 years’ experience as a state trooper, began his time speaking with the VLA by reinforcing and reiterating what Johnson discussed before explaining what operators and their driving staff can expect from a roadside stop. He also further clarified the differences in expectations and regulations when differentiating between “hauling property and driving passengers.” 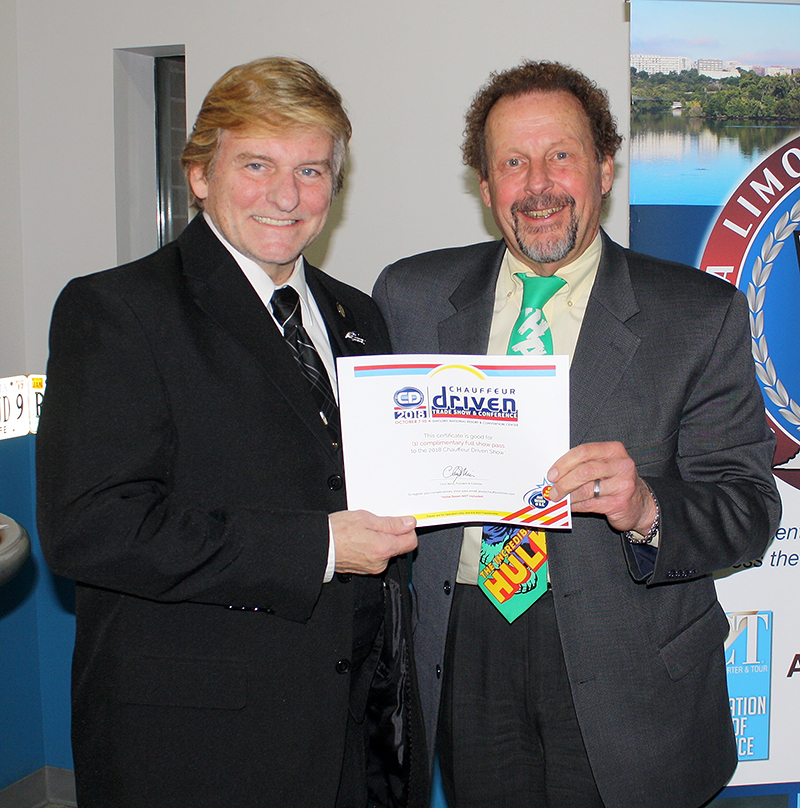 Patrick Helvey of ETC Limousine (left) won a pass to the 2018 Chauffeur Driven Show that was raffled off by Industry & Brand Ambassador Philip Jagiela Finally, Arkwright reported that the VA DMV stings during the holiday season’s Tacky Christmas Lights Tours yielded the dismissal of two illegally operating outfits from service, as well as verifying that she was unaware of any new legislation being considered for the transportation industry in the year to come. She introduced her department’s new senior officer Mike Lewis to the VLA, too.

The association’s various committees sounded off on more internal updates. Among them: The membership committee seeks additional volunteers to assist in its aim to gain new members each month; the education committee has finalized the next two meetings’ topics; and the social media/public relations committee emphasized the value in interacting with the VLA’s posts.

Before the meeting ended, Jagiela raffled off a pass to the 2018 Chauffeur Driven Show, which was won by Patrick Helvey of ETC Limousine.

The next VLA membership meeting will be held April 2 at the Sonny Merryman facility in Bristow.