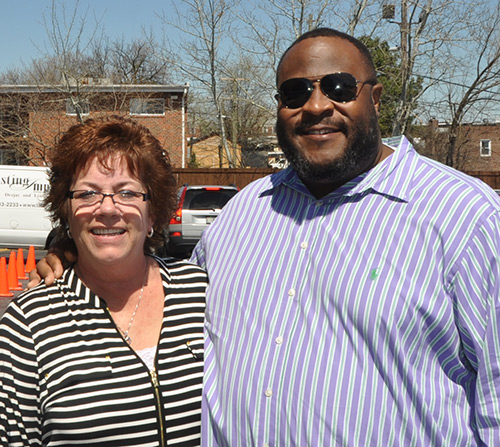 With the executive board presiding over the meeting, members got to hear from President Michael Greene of A Platinum Plus Limousines, Vice President Joanna Fridinger of The Limo Lady, Treasurer Anthony Shoats of Xquisite Transportation, and Secretary/Membership Chair Kim Klein of Lasting Impressions Deejay and Limousine Service at the beginning of the gathering.

The general meeting portion detailed the association’s total assets and balance sheet. As the MLA hasn’t collected membership dues for several years, it is resuming the practice to put money back in its coffers.

More broadly, the meeting also explored then-recently proposed Code of Maryland Regulations (COMAR) revisions, which were put into immediate action after the Public Service Commission unanimously accepted them. Changes include the addition of driver screening standards, amended definitions of both “Inspection Certificate” and “License,” an increased vehicle model year allowance, and demanding both specified locations and visible logos for TNC vehicles.

The February 13 hearing of the Government of the District of Columbia’s Department of For-Hire Vehicles wherein the neighboring Virginia Limousine Association had the opportunity to present its perspective and feedback was also discussed, as many MLA members operate within the district.

Vendors who offered presentations about their services included former operator Douglas Donaldson who now works in the healthcare industry with US Health Advisors, Patsy Anderson of Woman’s Expo Forum/Baltimore Business Alliance, Ray Gavino of Translogic Executive, and Bryan Johnson of Martens Johnson Insurance Agency—who wound up treating all in attendance to lunch.

The meeting’s main guest speaker was Charlotte Crenson of Maryland’s Department of Health and Human Services. Crenson stressed the importance of the Safe and Sober Program, which aims to curtain underage drinking, help keep young drivers safe, educate students and adults about the dangers of drunk driving, and more. Part of the initiative includes a list of “local limousine companies whose owners have agreed to sign the Baltimore County Safe and Sober Pledge,” which states: “Limousine Company employees will not allow minors to use or transport alcohol, tobacco, or any other drugs while using their transportation services.” With prom season rapidly approaching, bolstering safety measures to keep students, other passengers, and drivers safe is increasingly important.

The MLA will be holding a general membership teleconference in July, with a physical meeting in October.