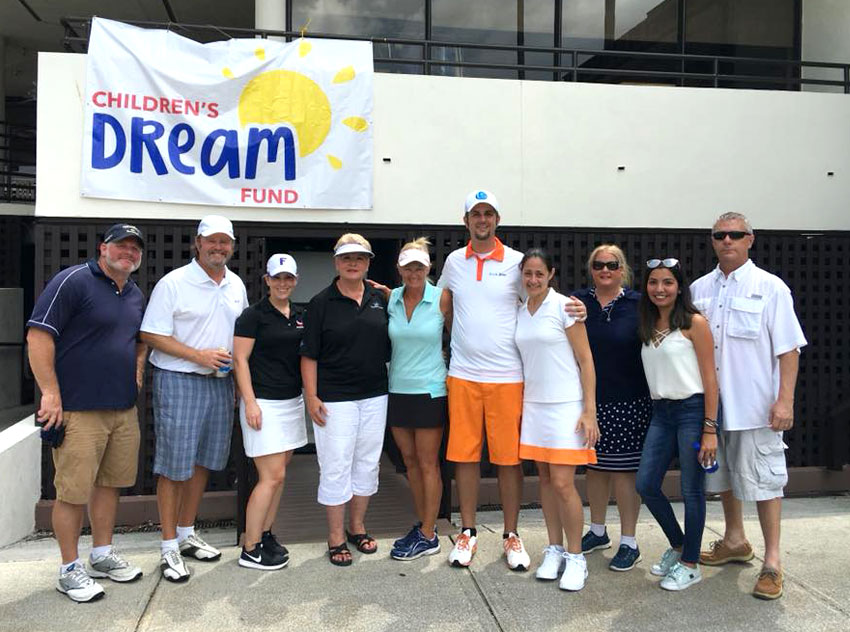 “It was a fun day of golf with great folks from the industry,” said WFLA President Jeremy Jenkins of His & Hers Limousines, which has been donating limousine services to The Children’s Dream Fund for the past decade. “It’s always a good feeling to give back to children in need.” 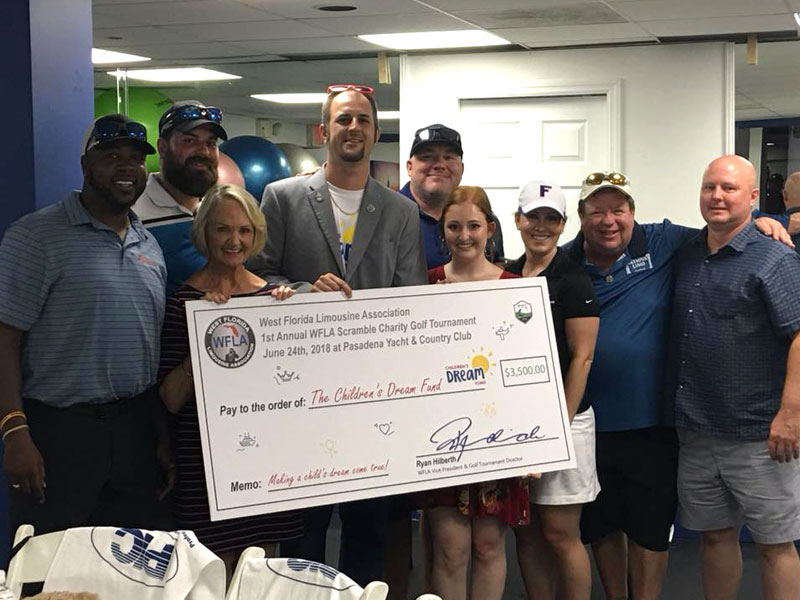 The inaugural event raised $3,500 to make a child’s wish come true WFLA Vice President Ryan Hilberth of Rental Limo and Book.limo and Jenkins presented the charity with a check for $3,500 to fully sponsor a child’s dream in the near future.

“The favorite part for the children is always the limo ride,” said Cynthia Lake Farrell, executive director of The Children’s Dream Fund as she addressed those in attendance for the awards ceremony after the golf tournament. The charity’s Director of Events Hannah Kaye also attended dinner and heralded the event a great success.

“We set a lofty goal to make our first dream come true on behalf of the WFLA and we could not have pulled this off without the support of all of our generous sponsors, our golfers and our amazing volunteers who helped make sure this event ran as smooth as possible,” said Hilberth, who served as the director of this first-year golf tournament. “We want to thank The Children’s Dream Fund for partnering with us, and here’s to making many more dreams come true.”