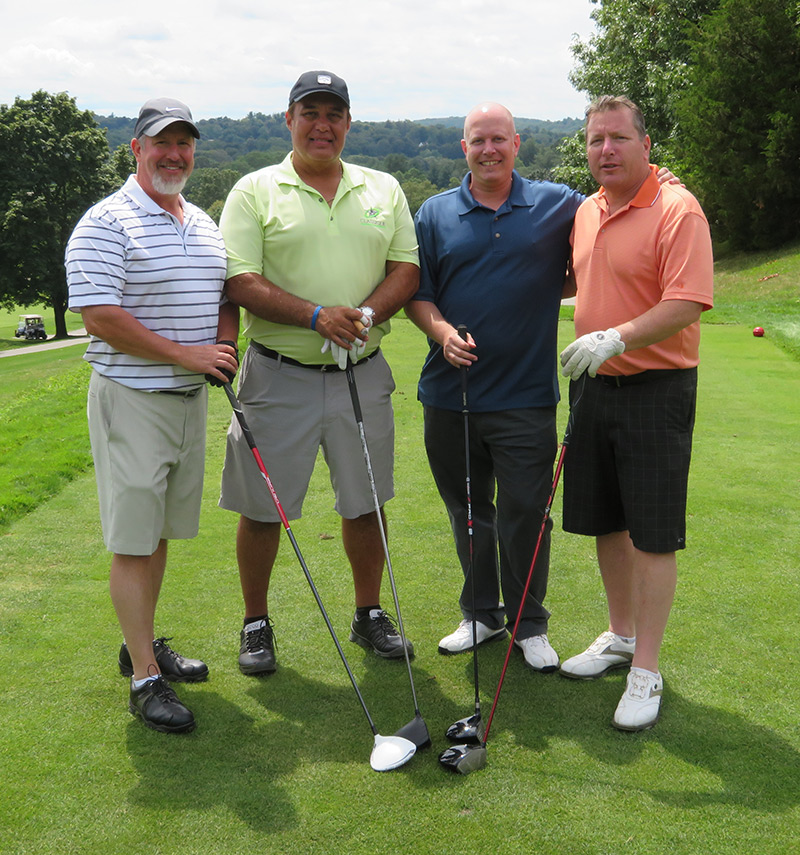 L to R: Carl Haley of Grand Avenue Worldwide, Kevin Illingworth of Classique Worldwide Transportation, CD Publisher Chris Weiss, and Arthur Messina of Create-A-Card at NELA’s 2017 Three golf outings are coming to the industry in the next two months, all of which will be raising money for an array of charities—and attract industry supporters from across the country.

NELA will once again hold its annual golf charity August 7 at the Marlborough Country Club in Marlborough, Mass. There will be a shotgun start at 10 a.m.

With a mix of novice and experienced golfers participating, NELA’s memorial tournament promises a great time for some incredible causes. This is a best-ball tournament, with a portion of the proceeds supporting both the Cystic Fibrosis Foundation and CHIPS House, the latter of which offers those with brain injuries independent living in a community environment and long-term care.

The outing always yields a great turnout as it celebrates the life and contributions of George Colarullo, a founding member of the association, with camaraderie and charity.

Enjoy a great day on the links, lunch at the turn, followed by a delicious dinner. Dinner includes a live auction, trophy presentation, and announcing the winners of both course contests and raffles.

Learn more about the event by calling 866.736.6352, emailing info@nelivery.org, or clicking here, which will also lead you to the event registration page. 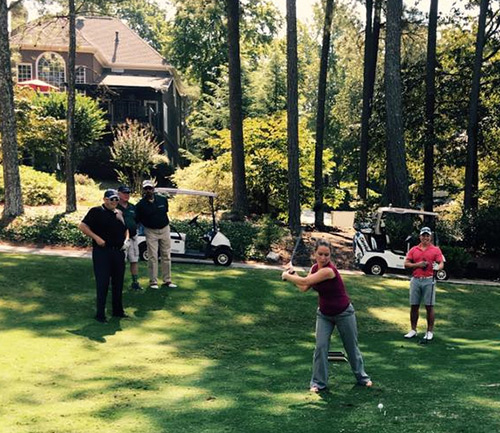 Industry members from all over the country attended GALA’s charity golf outing last year GALA’s annual charity golf outing returns to the Country Club of Roswell in Roswell, Ga. The event will be held August 28, when it will run from 10 a.m. to 4 p.m.

The annual charity will once again support Children’s Healthcare of Atlanta (CHOA), which supports its young patients and their families—and received $30,000 from the event last year, even after Hurricane Irma forced the association to reschedule its yearly golf outing.

“Children’s Healthcare is one of the largest non-profit children’s cancer and research centers in the world, and they’re located here in Atlanta, so that’s been a great feeling to know that we’ve been helping them out for years,” Greene said. “It’s a great time for operators and vendors to come together and know that our donations go directly to research for cancer and blood disorders. It’s a day that’s not about competition: It’s about everyone doing something good for charity.”

According to Dave Winokur of CHOA, one child a day is diagnosed with cancer, and that in the past 10 years, those children’s survival rates have skyrocketed from roughly 20 percent to 80 percent because of the work hospitals like CHOA are able to provide when bolstered by donations. 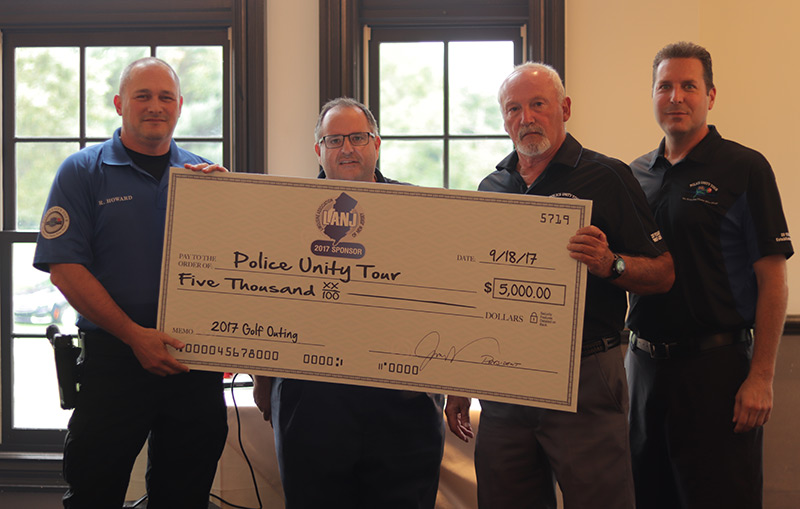 LANJ President Jason Sharenow (second from left) presents a check to representatives of the Police Unity Tour at the association’s inaugural tournament LANJ will host its second annual golf classic September 17 at Cherry Valley Country Club in Skillman, N.J., which will begin with a shotgun start at 8 a.m.

The newest of the golfing charities is pleased to donate a portion of its proceeds to two charitable organizations, the Police Unity Tour/National Law Enforcement Officers Memorial Fund and Covenant House New Jersey. The former’s mission is “to tell the story of American law enforcement and make it safer for those who serve” while the latter “provides food, shelter, immediate crisis care and an array of other important services to homeless, runaway and trafficked youth between the ages of 18-21.”

In addition to welcoming packages, on-course entertainment, a silent auction and raffle, and lunch and cocktails, the event will also include the opportunity to welcome Roger Caldwell for some extra fun on the course. Find Caldwell on Hole No. 8 during the event, where he’ll be facilitating a wager game: All players will have the opportunity to wager against house money that they’ll make birdie with five pins on the green, as well as watch Caldwell hit an unconventional shot with each team.

LANJ has a dedicated event page, which can be found at lanjgolfclassic.com; you can register for the golf outing through a button on the homepage.