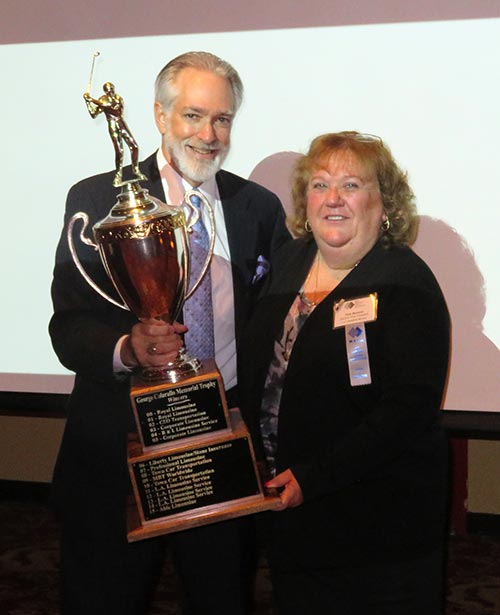 NELA Executive Director Rick Szilagyi awards NELA 2nd Vice President Tina Benson of L.A. Limousine with a trophy for her team’s first-place victory in the 19th annual George Colarullo memorial Golf Tournament this past August Saugus, Mass. — The New England Livery Association (NELA) returned to the Kowloon Restaurant for its quarterly meeting September 11. Flagship Motors of Lynnfield sponsored the event, which was attended by 60 members, vendors, and guests. Chauffeur Driven served as the cocktail hour sponsor for the night, and was represented at the meeting by Publisher Chris Weiss.

With the meeting held on the 17th anniversary of 9/11, NELA Executive Director Rick Szilagyi of Lexian Management started the meeting with a moment of silence to honor the memory of those who died at the Twin Towers, Shanksville, and the Pentagon. Next, Szilagyi welcomed the attendees, and introduced a number of guest speakers. First, Tina Benson of LA Limousine accepted a trophy on behalf of her foursome who took home first place at NELA’s 19th Annual George Colarullo Memorial Golf Tournament, which was held August 7. Next, Arthur Kloack from Flagship Motors filled in the attendees on the company’s new Sprinter facility in Peabody, Mass. 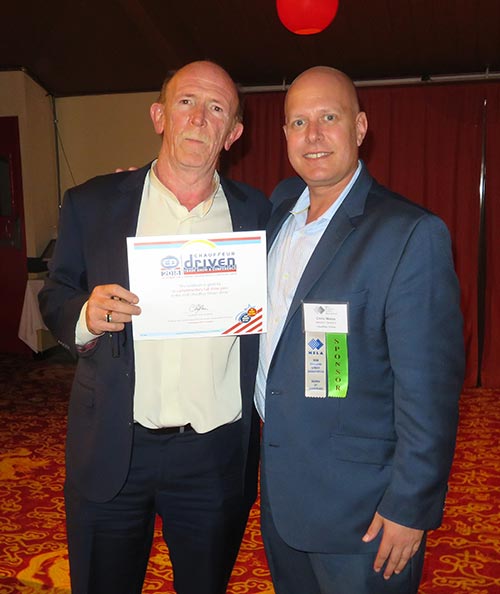 CD Publisher Chris Weiss (right) with 2018 CD Show Pass winner Kevin Cronin of Above All Transportation/Boston Car Service Weiss was next to speak, and used the opportunity to provide some insight into the CD Show coming to the Gaylord National Resort & Convention Center just outside of Washington, D.C. on October 7-10. He raffled off a pass to the show, which was won by Kevin Cronin of Above All Transportation. Before new NELA President Jason Dornhoffer of United Private Car was welcomed to the podium, Carl Restivo of Access Commercial Capital provided an overview of his company’s services to the membership.

Dornhoffer thanked the operators and vendors for attending the meeting, and encouraged NELA members to become more involved with the association. In addition to offering his help to anyone interested in seeking a board position, he also made the appeal for the membership to take a role in the various active committees within the organization. Next, An NLA update was provided by Mike Campbell of Grace Limousine, who shared some recent industry updates from the national stage. 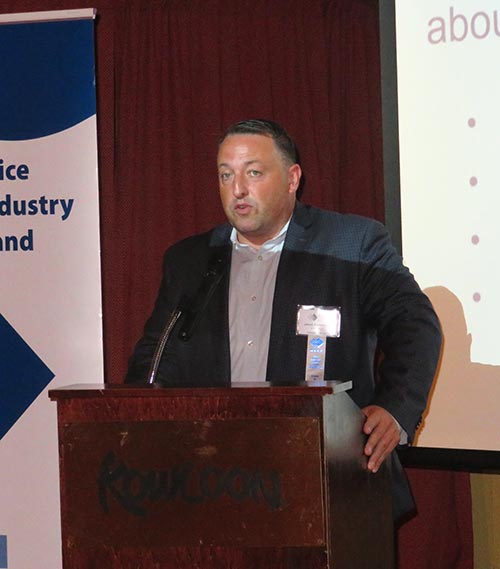 NELA President Jason Dornhoffer of United Private Car In a continued effort to foster good relations between NELA and the Massachusetts-run transportation organizations, Szilagyi met with officials from the Massachusetts Port Authority (MassPort) on September 7, and gave attendees an overview at Kowloon.

“We have a good relationship with MassPort,” says Szilagyi. “They actually listen to us and our concerns, and we meet at least quarterly. Currently, we’re working with MassPort to improve the long practice involved with Private Sector Identification (PSID) badging for chauffeurs. Also, we talked about how TNCs continue to clog the airport, which hurts everyone, just not the operators.”

Following his recap, Szilagyi welcomed Brian Cristy and Liz Leaman of the Massachusetts Department of Public Utilities, who were the featured speakers of the evening. They addressed the department’s updated computer system for the motor vehicle registry that will go into effect on October 1, 2018, as well as the Unified Carrier Registration process. Cristy and Leaman then fielded many questions from the membership. 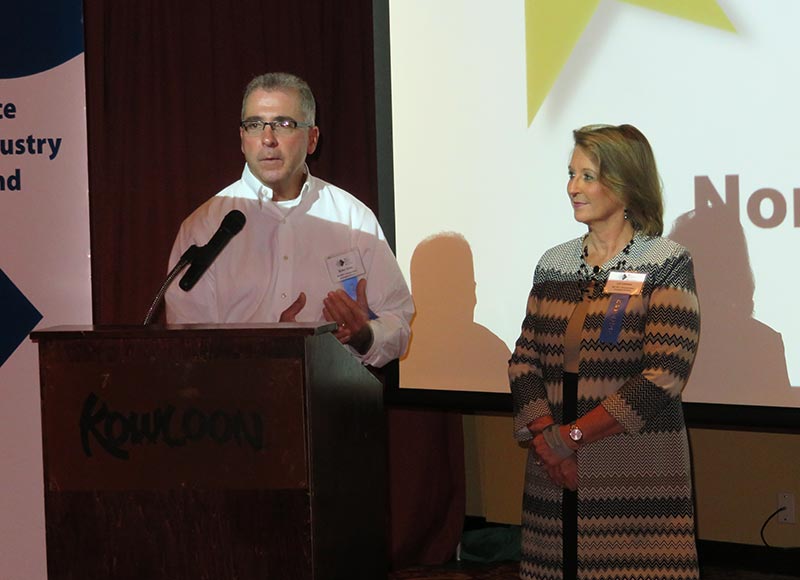 Brian Cristy and Liz Leaman of the Massachusetts Department of Public Utilities As always, the night concluded with the raffles, which were sponsored by DavEl/BostonCoach, Transport the People, and Access Commercial Capital.  Brett Barenholtz of Boston Car Service was the winner of a wine giveaway, an assortment of scratch tickets were taken home by Mike Curtin of Don Brown Bus Sales, and Mark Mollica of Black Tie Limousine Worldwide won the 50/50 raffle and generously donated the proceeds back to the NELA.

NELA’s next meeting will be its holiday party, scheduled for December 11.