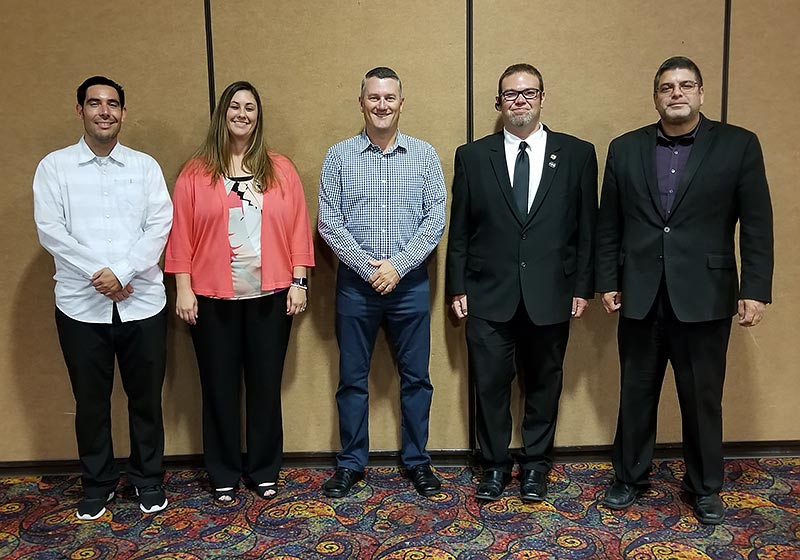 The CLA has been holding its general membership meetings at a local college, but President Jason Ramsey of Prestige Worldwide Transportation has been planning to try something new by putting on more of a show.

“We just wanted to do something different than a standard meeting: We wanted to pull out the stops and encourage more participation,” said Ramsey.

The three-hour meeting began with a 30-minute networking session that allowed local operators to connect and form new affiliate partnerships.

A catered lunch immediately followed, during which Stu Williams of Denver International Airport (DIA) made his presentation. With the airport going through major construction, there are many changes happening to the way operators handle airport services; as Williams included diagrams, plans, and timelines in his conversation with meeting attendees, local operators got deeper insights into and more specific details about the multi-year Great Hall Project at DIA. His willingness to answer questions provided an even greater understanding of the changes operators will have to make in training their chauffeurs and educating their clients. 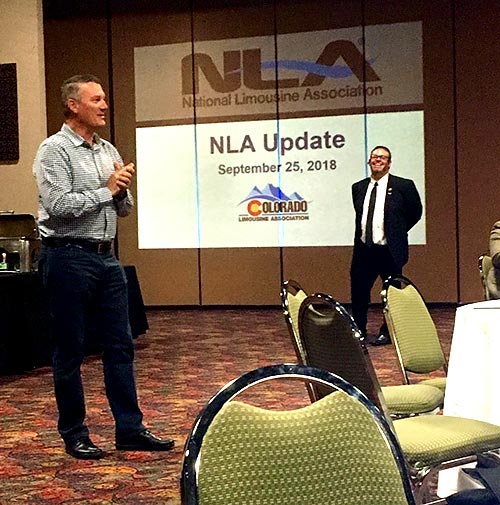 NLA President Gary Buffo of Pure Luxury Transportation (left) and CLA President Jason Ramsey of Prestige Worldwide Transportation Representing meeting sponsors South Point Risk Advisors and Research Underwriters were Nathan Spears and Robin Friedberg, respectively, who both gave short presentations about what their companies are doing for not only the CLA but also the industry.

The meeting’s highlight was its keynote presentation from National Limousine Association (NLA) President Gary Buffo of Pure Luxury Transportation. Buffo provided a wealth of knowledge for operators, and was willing to speak on the tough issues and answer the hard questions. Additionally, he updated attendees on the current NLA projects and the benefits of NLA membership. His attendance brought out less-active CLA members and non-member attendees alike.

Because of this event, not only did the CLA gain a few new members for the state organization, but also several attendees opted to join the NLA. Colorado operators were introduced to new local affiliates while the CLA hosted its largest meeting in more than a year.

The next CLA event will be its general membership meeting November 20.