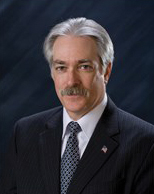 NELA President Rick Szilagy Boston — The New England Livery Association (NELA) received word at the end of April that during a recent Massport’s Board of Directors Meeting, changes were proposed that would affect TNC operations at Logan Airport.

Massport, or the Massachusetts Port Authority, operates that state’s three airports and the public terminals at the Port of Boston. It put forth proposals that included fee increases and moving TNCs from terminal curbs to the central parking garage. Governor Charlie Baker announced his support of the proposed changes that same week.

At the conclusion of the April 25 board meeting, the fees originally proposed have been modified, as has the movement of TNCs from the curbside; however, the proposed changes would see TNCs paying a new drop-off fee of $3.25. They also include removal of TNC vehicles from the curb except during the hours of 4AM and 10AM, with an effective date of October 2019.

These will be the most significant changes affecting TNCs in the commonwealth of Massachusetts since the successful passage of NELA’s TNC legislation in August of 2016.

NELA’s next events are its June 11 membership meeting and the annual Chauffeur Appreciation Day at Logan Airport June 13.