NLA Heads to the Capital June 5-6 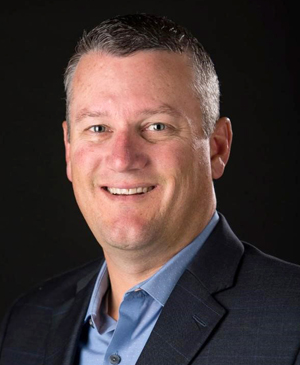 NLA President Gary Buffo Washington, D.C.—When the National Limousine Association (NLA) heads to the capital this June 5-6, the industry will come together for the association’s annual lobbying event, Day on the Hill.

The annual show of unity among operators and vendors alike is gives the industry a chance to speak to elected officials and combat the far-flung saturation and aggressive reach that TNCs’ deeper pockets have afforded them. Cornerstone Government Affairs, NLA’s longtime lobbying firm, organizes meetings for each participant with legislators or legislative staff from their state and prepares advocates to deliver a consistent, professional message that cuts through the talking points TNC’s like Uber and Lyft are pitching.

“TNCs spend 10 to 20 times more annually on lobbying than we do,” said NLA President Gary Buffo of Pure Luxury Transportation, who is beginning his seventh term. “We have one lobbying firm; they could have 10 lobbying firms in D.C. on a daily basis knocking on doors and delivering a message that’s maybe not 100-percent accurate to lawmakers, to the same people we’re delivering our message to, who are often the staff members of our elected officials—and they’re the customers of the company that’s lobbying against us. Those staffers don’t want to give up their $6 TNC rides.”

Changing TNC customers’ minds is just one challenge this industry faces when walking the halls of Congress — but Buffo emphasized that the bumps in the road are reasons for the industry to dig in and refuse to back down in the fight for passenger safety, regulatory reform, a level playing field, and the drivers who are taken advantage of by TNCs’ lofty promises and shady employment practices.

“It’s been a very difficult and treacherous ride, but it doesn’t mean that we stop now: It means that we come back with even a bigger punch, and that’s why Day on the Hill is THE most important day every single year for our industry,” Buffo said.

Day on the Hill has long been a platform for NLA members to be at the decision-making ground level. The past few years’ focus and various messages, however, have seen the industry square off against a far-reaching powerhouse that Buffo said might have money and power on its side, but this industry has one asset that its operators understand the strength of all too well: relationships.

“I think people in our industry need to continuously educate themselves on how important it is for their voice to be heard by their congressmen, by their senators, either through their staff or with them personally, because when you build those relationships, they never, ever want to see an industry go away,” he explained. “We have to combat the comparatively little amount that we spend every year by being more involved as individual business owners because the constituents are who they listen to.”

And it’s Buffo’s hope that each of the 50 states will have a company represented at this year’s Day on the Hill, as meetings can only be organized for the legislative official representing a company’s state.

“One of our biggest goals is to have a voice for each state,” said Buffo. “So if we don’t have a member show up from North Dakota, then we won’t have a voice in North Dakota because they will only listen to their constituents—our lobbyist can go and talk to those people but when it’s followed up by an actual constituent, it makes our message mean that much more.”

While the lobbying event’s boots-on-the-ground legislator meetings ultimately account for one business day’s worth of time investment, the first day of the event prepares the industry’s representatives with a host of educational sessions. In the past, presentations help attendees contextualize their message with legislative snapshots of the current political landscape while also giving them tips on how to position their speaking points in ways that most resonate with government decision-makers. In previous years, guest speakers like elected officials, sympathetic journalists, and panelists have shed light on the NLA’s message with their own research and firsthand experiences—a format that Buffo hopes to bring back to this year’s preparatory seminars.

The event’s first day also includes one of the most important assets in the industry’s fight for parity and safety: its Political Action Committee (PAC) fundraiser, which is how the battle is financed.

“We have to have a PAC fund to financially support the people we know will support our industry, support our message, support us as individual business owners, and support the industry as a whole—we cannot get anything done without supporting the people who are really going to support us,” said Buffo. “That’s really going to be one of our main focuses in 2019 and ’20, growing that PAC fund so we can continuously support our lobbying firm and getting the right people elected.”

But Buffo emphasizes that showing up remains one of the most important decisions an operator or vendor can make—because even though he’s been on the NLA board for more than a decade, he keenly recalls how his very first Day on the Hill opened his eyes to how critical the event is.

“A long, long time ago, I was just like, ‘I can’t afford to go, I can’t afford to be away from my business, I can’t spend that extra money’,” he said. “Finally, I decided to go check it out. And the first thing that popped into my head when I was getting on the plane coming back home was ‘I can’t afford NOT to go.” If every single operator had that same mentality and we came to Washington with 4,000 people—oh my gosh, what an impact we would have.”

Visit limo.org for more information and to register for Day on the Hill.