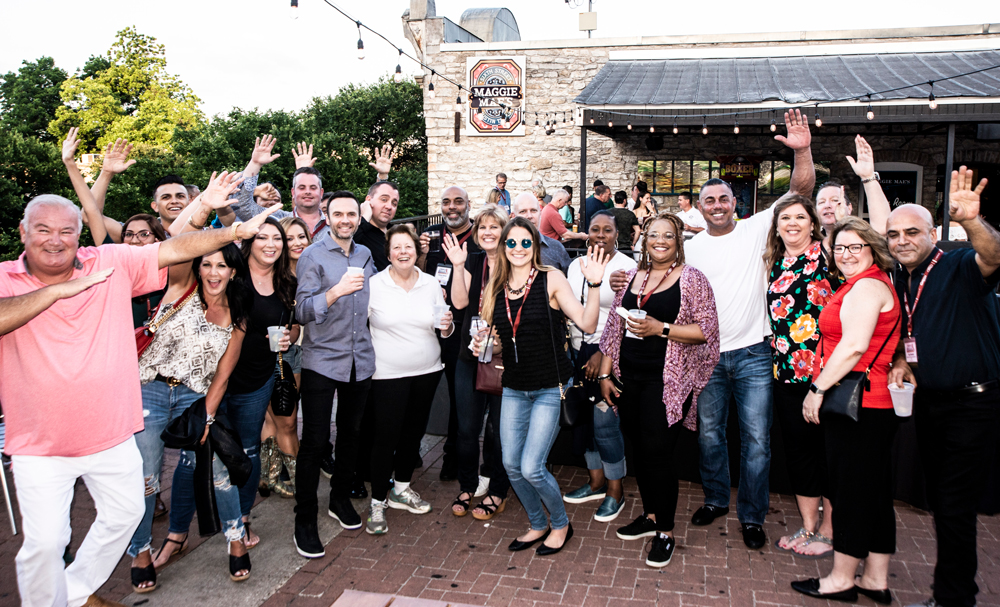 Austin, Texas—From May 5-8, 175 of the biggest stars in our industry ventured deep in the heart of Texas for Chauffeur Driven’s fifth annual Executive Retreat at the Omni Downtown Hotel. The laid-back and wonderfully weird atmosphere of Texas’ capital won over our attendees, whether they were first-timers or veterans of our retreats. We are so grateful to all of our generous sponsors—especially Platinum Sponsors Grech Motors and Ford-Lincoln Limousine and Livery Vehicles—for making this another unforgettable retreat in the Live Music Capital of the World.

“I just wanted to say what a lovely time I had in Austin. For my first ever show, and first time ever being in the industry, you guys certainly surpassed my expectations by a long shot! I had such a great time at all the scheduled events, learned so much at the informative meetings, and made so many fabulous connections and new friends as well,” said Meredith Pless of American Executive Transportation

We kicked off our first official night in town with a Cinco De Mayo bash at Maggie Mae’s on Austin’s legendary Sixth Street. The open-air balcony and cool vibe of the Gibson room offered our attendees a perfect environment for networking and fun at this legendary venue. While a band provided a swinging soundtrack to the night, our guests noshed on tacos (an Austin dietary staple) and sipped on cold margaritas and cervezas. We can’t think of a better way to get the Retreat rocking’-and-rollin’.

Education is a cornerstone of our events, and we once again brought a range of timely, relevant information to the schedule—thanks to the CD Education Committee spearheaded by Chair Jason Sharenow of Broadway Elite Worldwide. Matt Assolin of Nikko's Worldwide Chauffeured Services, Alan Candeub of Park Avenue Limousine, Kim J. Dolniak of Best Transportation, Colin Devine of Devine’s Worldwide, Sami Elotmani of Destination MCO, Robyn Goldenberg of Strategy Leaders, Tony Simon of Reston Limousine, and Scott Woodruff of Majestic Limo & Coach round out the hardworking committee.

Before our first session on Monday, we offered an exclusive Q&A between CD Publisher Chris Weiss, NLA President Gary Buffo of Pure Luxury Transportation, and Moderator Jason Sharenow, which provided insight into the new partnership between the two industry bodies. The conversation provided a detailed analysis of the new alliance, including what led up to it, how it came to be, and what it means for the industry at large in the future.

Following the Q&A, our education began with Lead Smarter By Letting Go, a session from presenters Dean and Jolynda that offered ways to help owner/operators work in a more deliberate manner about where they spend your time and energy. Through their fast-paced and entertaining banter, the Deans opened the eyes of the operators in attendance that letting go of some day-to-day tasks is not only beneficial but also possible.

Thank you again to our generous sponsors!

After lunch on Monday afternoon, we welcomed Dr. Jennifer Beer of the University of Texas, whose seminar, Reading the Signs to Be a Better Negotiator, revealed the verbal and nonverbal cues to read (and ignore) when trying to close a deal. What people say and what people actually mean are two vastly different things. To differentiate these concepts, Dr. Beer gave our industry professionals tips based in psychology that will allow them to better understand exactly what is going on in the head of your sales prospects, employees, or peers.

After our Monday education came to a close, our attendees headed to Austin’s Rainey Street—a neighborhood whose small homes have all be converted into bars and eateries—for an evening that can only be described as UnBARlievable. In fact, the circus-themed UnBARlievable was our host property for our nighttime networking event, which also offered mountains of brisket, ribs, chicken, sausage, and sides from the legendary Stubb’s BBQ. Special thanks to CTA Worldwide, Nikko’s Worldwide, and AJL International for providing Grech buses to the venue. “I make it a point to attend every CD Executive Retreat for the networking and great events planned in each city. The event is always well planned and an absolute joy,” says Tamekius Breland of Certified Chauffeured Transportation. 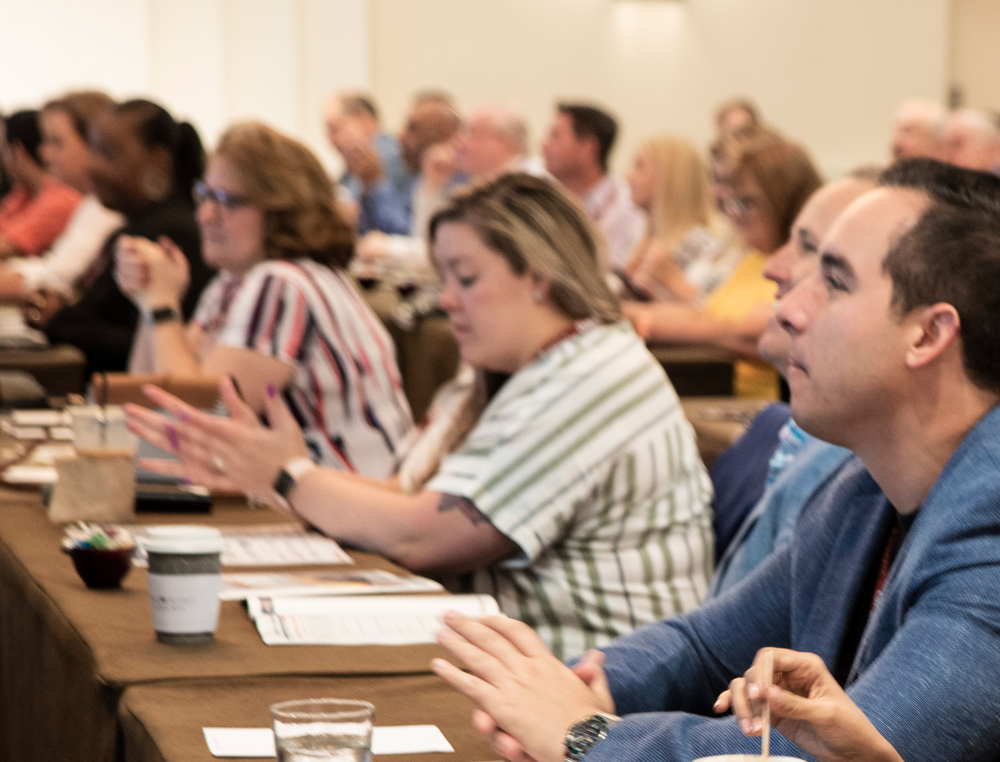 Our second day of education was devoted to the hot-button topic of Mergers and Acquisitions. An all-star panel of experts with recent experience in M&A shared their expertise in a pair of panels spearheaded by business consultant Andi Gray of Strategy Leaders and moderated by Jason Sharenow. In Part #1: Getting Prepared for the Deal, George Jacobs of Windy City Limousine & Bus and Michael Basso of Leros/Royal Coachman shared their personal experiences with M&A, which gave operators real-world examples of the complete process. And frankly, some of their stories had to be heard to be believed.

In Part #2: The Nuts & Bolts of Making It Happen, we welcomed legal experts Drew Morris of Nachmias Morris & Alt and Marlene Bartolo of the Bartolo Law Group for a deep dive into valuating your business and the most common obstacles many face during a buy-out. To put it mildly, the buyout process can be plagued by any number of legal hurdles, so this sharp-as-a-tack discuss gave attendees useful insight to avoid getting stuck in a bad deal.

Then on Tuesday afternoon, we offered up our first Bonus Roundtable Session—Making Your Expenses Work for You—in which operators shared a wide array of tips and resources that they use to make their existing rewards and perks save them cash. The packed house featured lively and loose conversation among fellow operators from markets all over the world.

“The Executive Retreat is always a great time. It’s a smaller, more relaxed event than the big shows, which provides you with a lot more quality time with other operators,” says John Oulton of Richmond Limousine. 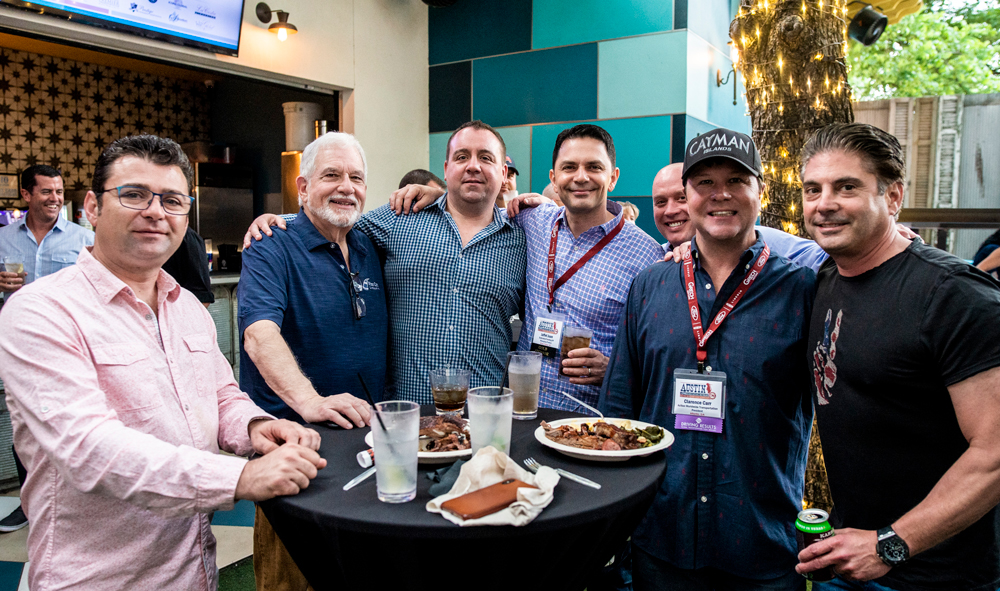 Despite the imposing storm clouds that covered much of Texas, on Wednesday morning, our attendees took part in a tour of Austin that gave our attendees a firsthand look of the city’s famed weirdness. Thanks to transportation providers CTA Worldwide and AJL International, as well as Elegant Limousine & Charter who provided breakfast tacos and beverages, guests got to see incredible landmarks like the State Capitol building, the Governor’s Mansion, and Texas State History Museum, as well as ATX hotspots like Rainey Street, Willie Nelson Blvd., and the iconic music venue Austin City Limits. Our tour concluded at The Picnic, a nationally recognized food truck bonanza that offers everything from basic tacos to imaginative takes on international cuisine.

We’ll have a full retreat recap—including tons of photos!—in our June issue of the magazine, so stay tuned. In the meantime, start planning ahead for next year when the CD Executive Retreat returns to Music City, U.S.A—Nashville, Tenn.—from June 14-16, 2020. In the meantime, videos of the sessions and an extensive photo gallery will soon be posted on Cdmediavault.com

Next up: The 2019 Chauffeur Driven Show will head to the fabulous Westin Boston Waterfront this October 13-16—which will be here before you know it. Head on over to chauffeurdrivenshow.com for all the details as they’re finalized.

“Thanks again to the Chauffeur Driven team—they always know how to put on a great event with the perfect mix of business and pleasure,” says Gold Sponsor Jaffet Juan of Dedicated Funding. “I always look forward to their events and I can't wait for next year. Nashville here we come.”