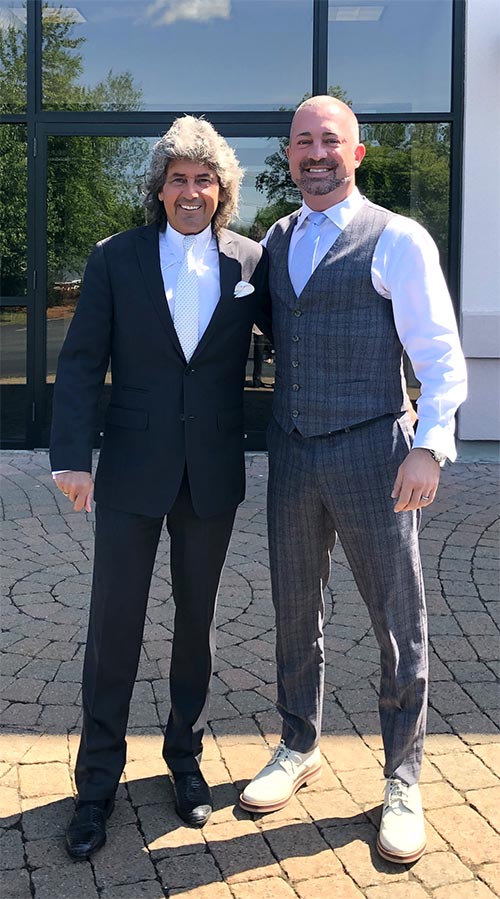 Mollica’s decision to sell Haverhill, Mass.-based Black Tie to Grace was based on the commonalities between the two companies. Known for their healthy business cultures, Grace and Black Tie are powerhouses in the chauffeured car industry. Mollica and Campbell are dynamic leaders, well respected by their peers, who run their companies with vision and integrity. Clients of both companies will benefit from cutting-edge technology, superior customer service, and a combined fleet of late-model sedans, SUVs, limousines, and coaches.

Grace Limousine and Shuttle was founded by Ian Campbell, a disabled American veteran, in 1990. Grace is still family-owned and operated by Ian’s son Michael Campbell as president and CEO. Grace is known for its luxurious vehicles, excellent customer service, and strong commitment to community involvement. Campbell has overseen a healthy period of growth, both in terms of acquisitions and in worldwide reach. He remarked on the significance of this acquisition:

“I was so honored when Mark first called and asked me to consider acquiring Black Tie,” says Campbell. “I know how much this business means to Mark, to his family, and to his long-time employees. Our businesses have enjoyed many years of friendly rivalry, and we only made each other better. I’m excited to honor Mark’s incredible legacy as we take Grace and Black Tie to the next level together.”

Black Tie Limousine has been providing some of the best ground transportation in Boston, Eastern Massachusetts, and all over the world for over three decades. Since Mollica opened Black Tie in 1983, it has grown from a small operation to one of the most prominent limousine companies in Massachusetts. With an extensive fleet, an incredibly professional staff, and a large base of clients that extends across the globe, Black Tie enjoys one of the best reputations in the industry. Approaching four decades as Black Tie’s founder and president, Mollica began to consider selling the company. He knew he would need to find a buyer equally as committed to excellence, and he commented on what Black Tie has meant to him:

“Back in 1983, when Black Tie Limousine was born, it was set up in an apartment with one limousine and an answering machine. To look at where we are today is beyond anything I could have dreamt. Words can’t express how grateful I am for the friendships that I have made through the years with Black Tie team members, industry colleagues, and loyal clients who helped me every step of the way,” says Mollica. “It’s a comfort to know that Mike and the Grace team share the same focus on customer service and will continue that tradition. I am thrilled knowing that Black Tie will be in the very best of hands, which means the world to me.”

Grace’s purchase of Black Tie establishes it as one of the largest chauffeured car/shuttle companies in the United States and in the top five for New England alone. More important than its size and scope is the superlative level of service that will be provided: the convenience and options of a large company with the personal touch of a much smaller one. Grace Limousine and Shuttle and Black Tie Limousine have a shared approach to excellence established by their founders Ian Campbell and Mark Mollica, and Michael Campbell will carry on that legacy at Black Tie as he has at Grace.