GCLA Gets Tough on Several Key Matters in Sacramento 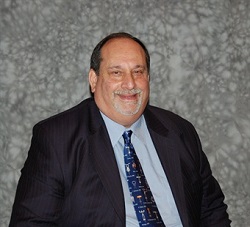 Rich Azzolino, GCLA presidentSacramento, Calif.— The most recent meeting of the Greater California Livery Association (GCLA) tackled a bevy of meaty issues. The meeting itself was sponsored by Grech Motors/Team Superstores and Vallejo Cadillac, and put together by Dave Kinney, the Sacramento director of GCLA.

First and foremost on the agenda were the legislative issues the association is currently wrangling with. GCLA Lobbyists, Greg Cook and Rob Grossglauser, had an update on Senate Bill 611 (SB 611) which was finally signed off on by the GCLA, mainly because it will do away with the need for livery plates (and the accompanying hassle that obtaining these plates causes) in the state.

Chris Quinn, Northern California GCLA Director and president of Corporate Transportation Solutions, gave a presentation on independent contractors (IC) versus “regular” employees. California has some of the toughest standards for IC versus employee status in the nation—and much to the chagrin of many, will stay that way—and misclassifying employees comes with some hefty fines. The presentation tied directly into GCLA’s legal battle with Uber and other ridesharing apps. GCLA President Rich Azzolino of Gateway Global was personally invited by David Jones, the insurance commissioner of California, to give a presentation to the commission on the rogue apps’ hiring practices and myriad insurance issues. This presentation was very well received by the commission and will be used to initiate policy moving forward.

“After that presentation, let’s just say that all the app companies are (hacked) off at me and the GCLA … and we kinda like it that way,” says Azzolino. “We made an impact and they are running for cover.”

Azzolino also gave an update on the current issues being addressed at the San Francisco Airport (SFO). There is legislation in discussion that will deal with the rogue app companies illegally entering the airport for pick-ups and drop offs. This proposed legislation would greatly increase the amount of enforcement patrols, and increase the fines that can be levied against offenders. An issue stemming from this is that the San Francisco Airport is located in San Mateo County, not in San Francisco proper, and San Mateo courts were summarily dismissing these cases without enforcing the incurred penalties and fines. The main reason that the San Mateo courts were doing this because the revenue generated by these fines was going to San Francisco, not San Mateo, due to the fact that the police at the airport are a branch of the San Francisco police department. GCLA is backing legislation that would put an end to these summary dismissals, streamline the complicated process, and ensure that the perpetrators ultimately get their just desserts.

Finally, Charles Lesson from Tesla Motors had a Model S on display for operators to test drive at their leisure. Lesson also had information available about purchase and lease options on the sleek and stylish Model S.

GCLA’s next meeting will be held on May 13 in Long Beach, Calif.