Nearly 80 attendees from across the country celebrated the holidays with NELA December 10 North Reading, Mass. — The New England Livery Association (NELA) returned to Teresa’s December 10 for its annual holiday meeting and party. Nearly 80 attendees came from coast to coast to gather together for a casual, festive evening of networking, industry updates, oodles of raffle prizes, and celebrating the holiday season among the warmth of industry peers. Chauffeur Driven was among the event’s raffle sponsors and was represented by its new Event Coordinator, Britt Kirk of All Points Limousine. 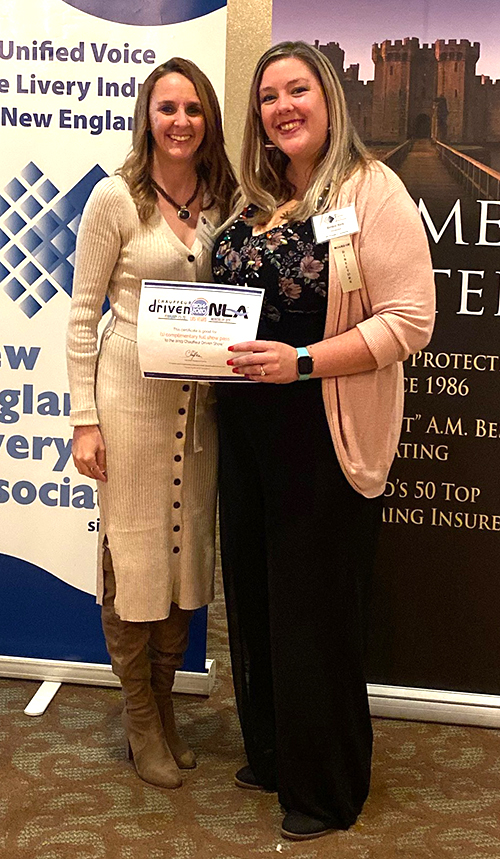 The evening began with an extended cocktail hour so party-goers could grab quick bites between catching up with old friends and making a few new ones. DJ Greg “Gates” Plowman of Entertainment Concepts once again acted as the event’s emcee and set a merry mood by playing tons of holiday classics and plenty of contemporary holiday favorites. Dinner soon followed, after which NELA Executive Director Rick Szilagyi welcomed and thanked everyone present. He then introduced the evening’s sponsors and NELA President Jason Dornhoffer of United Private Car.

Dornhoffer welcomed Drew Messina of Create-A-Card as the newest vendor member to join the association’s board of directors, all of whom he thanked for the generosity of their time and efforts they dedicate to NELA, its members, and the industry at large throughout the year. Szilagyi then highlighted the NELA’s many accomplishments in 2019, reminding those in attendance about the status of the Transportation Infrastructure Enhancement Fund (TIEF) that NELA had helped usher into Massachusetts legislature three years ago. The fund “essentially creates a nickel from every single TNC run in the state—and it’s a lot of nickels” to benefit both the taxi and chauffeurs ground transportation industries. 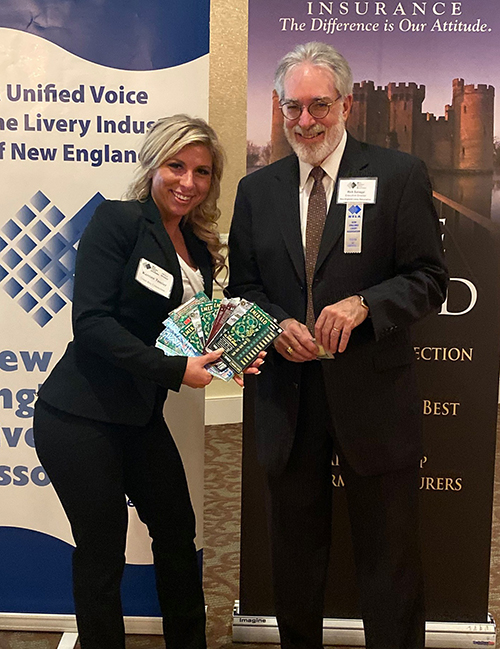 As guests settled in for after-dinner coffee and dessert, the raffle promised an array of sweets, treats, tech, and more. CD donated a pass to the February 23-26 CD/NLA Las Vegas Show, which was won by Lynda Saitta of Momentum Drives. The $235 50/50 cash prize was won by Kevin Cronin of Above All Transportation/Boston Car Service, which he immediately and generously donated back to NELA. 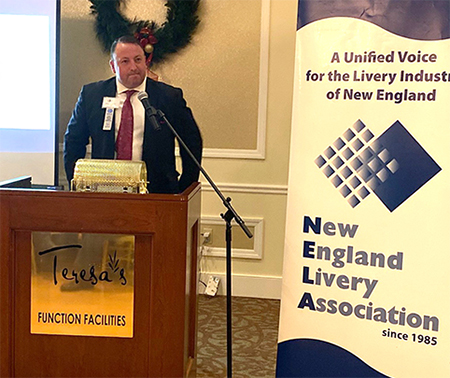 NELA has also been working to establish a Connecticut Committee these past few months that aims to increase the association’s engagement and membership from operators hailing from The Constitution State. The committee recently elected NELA Director Charles Wisniewski of Teddy's Transportation System as its chairman, with NELA 1st Vice President Joseph Cardillo of AOT Global and NELA Secretary Joseph Puleo of Dav El/BostonCoach serving on its board. The Connecticut Committee will meet in New Haven in January, with a day and location to be determined by operator feedback.

NELA will hold its next meeting March 10.