LANJ Announces 2020 Board at Winter Meeting 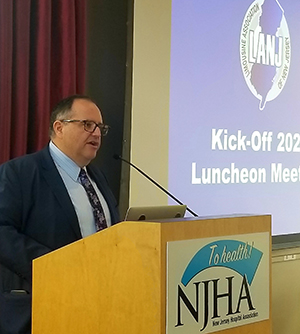 LANJ President Jason Sharenow of Broadway Elite Worldwide Princeton, N.J. — On January 29, the Limousine Association of New Jersey (LANJ) kicked off the new year with a meeting at NJHA Conference & Event Center. CD President & Publisher Chris Weiss and Business Development Manager Jeff Ranking were among the 70 members and guests who came from all across the country for the luncheon meeting.

LANJ President Jason Sharenow of Broadway Elite Worldwide started off the meeting by welcoming the attendees, and ratifying the 2020 officers and Board of Directors. 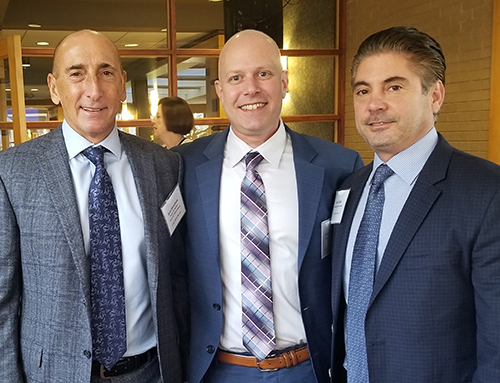 New Board members include Jay Erlich, Bill Faeth, and Mike Marrocoli, the latter being spontaneously nominated and approved during the meeting. 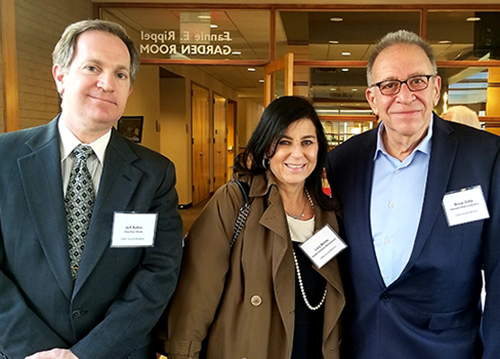 After the Board announcement, Sharenow welcomed a series of speakers to the meeting. First, Jessica Maarek of Red Root Marketing and Suzanne Bugge of A Focused Advantage took the stage to speaking about the Be Driven Safely campaign, which is designed to educate consumers and travelers about the risks involved when using ridesharing apps and services. Maarek and Brugge also shared valuable online and social media-driven marketing strategies with the membership. Next, Frank Villares from Options Plus discussed the supplemental health insurance offered by his company, and the benefit to association members who already have primary health care coverage. A client of Options Plus, Sharehow advocated their services and shared how he personally saved a great deal of money with their services. Finally, Weiss was welcomed to the podium to speak about February’s CD/NLA Show in Las Vegas. He touched upon the education and networking options available, as well as the value prop of what’s included with each registration—namely, the extensive food and drink provided to attendees.