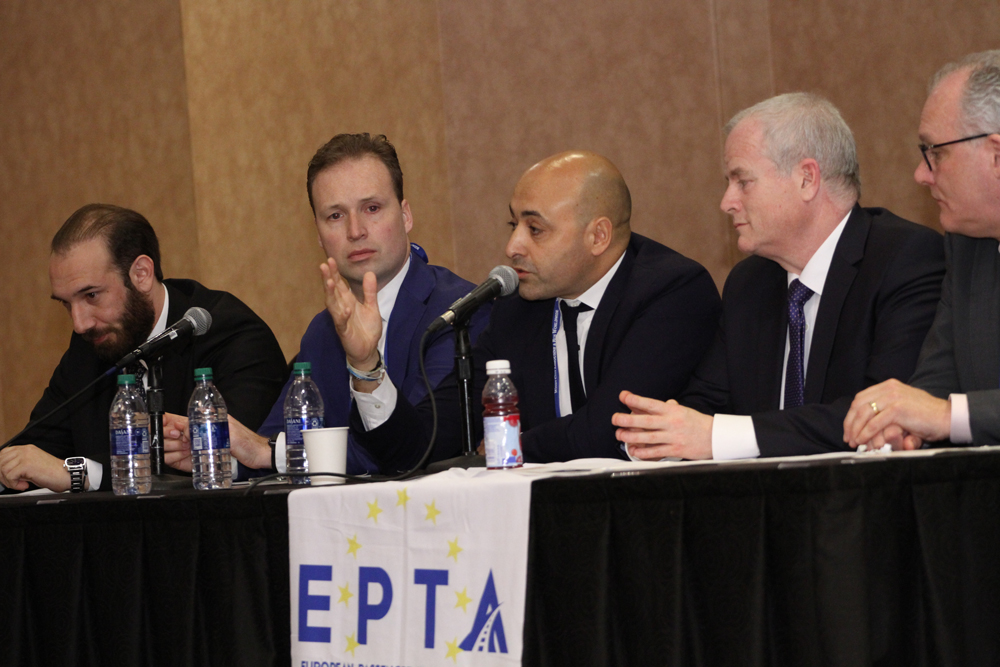 L to R: Anastasios Korovesis of Limotours Greece, Ralph Van Delden of Van Delden Limousine Service, Karim Maachi of Cardel Global, Kevin Reiss of Superb Chauffeured Services, and Michael Bell of Driven Worldwide Las Vegas —The European Passenger Transportation Association (EPTA) recently held their inaugural meeting on Monday, February 24, at the Chauffeur Driven (CD)/National Limousine Association (NLA) Show at Mandalay Bay. The morning meeting attracted more than 120 operators from around the world who were enthusiastic about getting on board with the newly formed association.

The idea of an association dedicated to address issues affecting luxury transportation operators across the European continent has been batted around for the past decade but received a kick-start in October 2019 at the CD/NLA Show in Boston. Conversations between charter members Stephane Bombeek of Modern Car, Colin Devine of Devine's Worldwide, Anastasios Korovesis of Limotours Chauffeur Service, Karim Maachi of Cardel Global, Claudio Neag of Mondo Limousine Worldwide Services, Michael Oldenburg of United Limousines AG, Kevin Reiss of Superb Chauffeured Services, and Ralph and Robert Van Delden of Van Delden Limousine resulted in the group establishing its charter and officers. 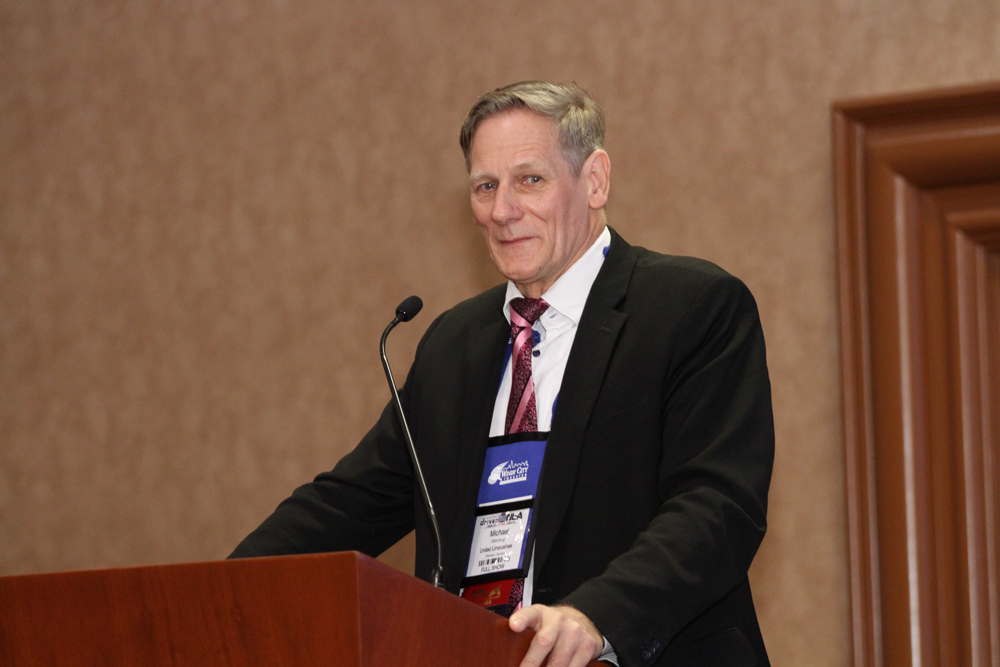 EPTA President Michael Oldenburg of United Limousines AG A panel consisting of the officers, and member Michael Bell of Driven Worldwide, addressed the attendees by introducing themselves and offering a brief overview of their goals for the EPTA. Reiss made a point of thanking CD President & Publisher Chris Weiss for the magazine’s support of the organization during their formative period. As a long-time NLA Board Member, Oldenburg stated that it’s his hope that the EPTA be something of a parallel association to the NLA in that it will give the industry a voice and “harmonize the standards of operation” within the continent.

In addition to building a strong membership, although the EPTA had an impressive 100 members even before their first meeting, the association’s immediate plan is to develop a consistent standard of quality among European operators. Each perspective EPTA member will be required to submit financial and insurance records, which will be reviewed by the association. This, ultimately, will give operators something of a seal of approval, providing peace of mind for affiliates and clients, alike. 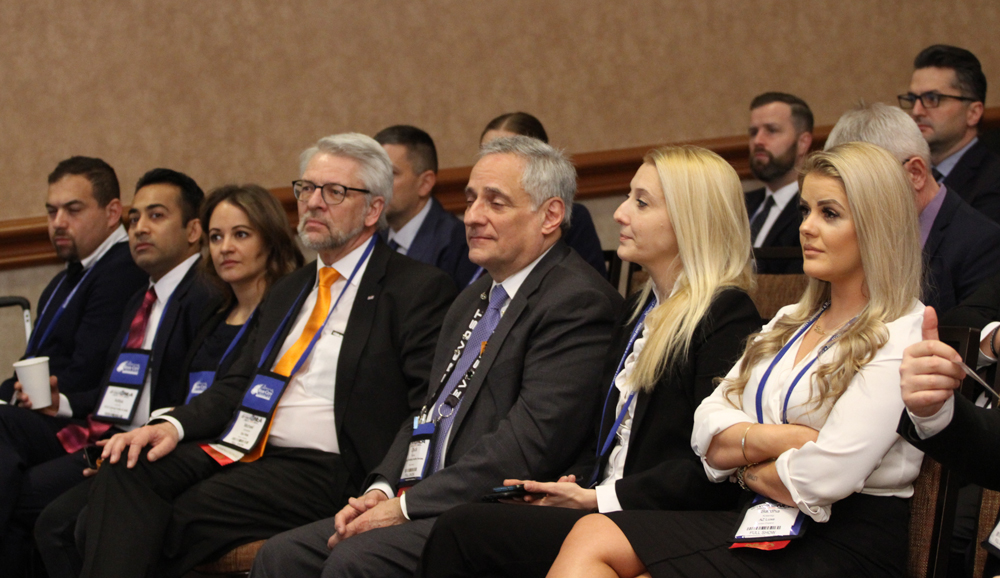 A full house at the first EPTA meeting After introductions, the panel welcomed questions from the audience, which took up the majority of the 90-minute meeting. Issues discussed ranged from insurance matters to the cost of membership to the advantages of joining EPTA. While Reiss and the officers were frank that the EPTA is still in its early stages, with many details still to be finalized, they were enthusiastic about their commitment to make the organization grow. The possibility of a European summit among members was proposed for 2021. Attendees were encouraged to visit the EPTA website to join the association.

“I see a lot of good things coming,” says Maachi. “This is the beginning of a great adventure.”