LGE Coachworks came into 2020 celebrating 15 years in the industry as a limobus and coach builder. In the previous two years, LGE continued to see a growing trend in their line of custom and private builds including a mobile meditation studio, mobile offices, and the new JetBus model, which was created to replicate the interior of client’s private aircraft. 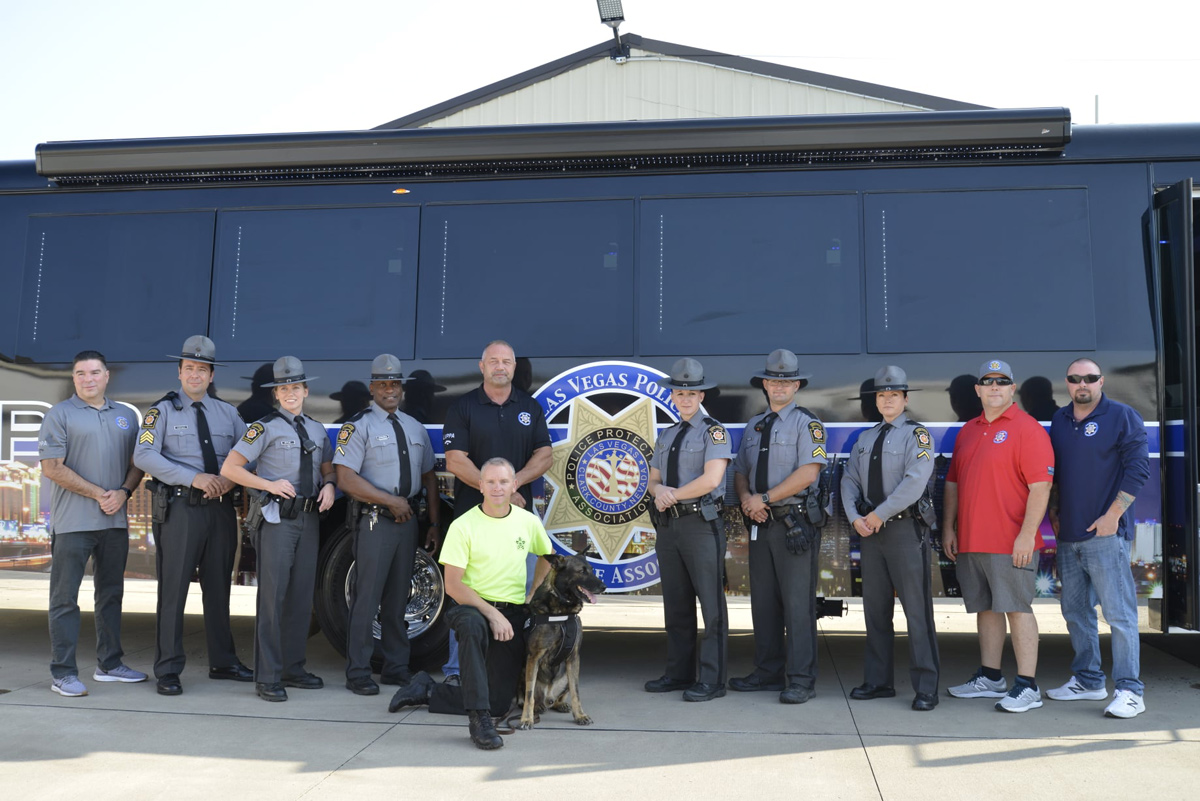 “It was nice to see the diversity in our production schedule with a mix of our traditional builds and the unique and creative ideas our private clients were requesting,” says LGE Owner & President David Sacco.

Unfortunately, two weeks after returning from the CD/NLA Show in Las Vegas show in February, 90 percent of LGE’s scheduled production was delayed with operators already seeing the decline in travel and preparing for the rough times ahead. The company got lucky when some private owners were still moving forward with their builds while other businesses were looking to provide travel to employees that were considered essential but were unable to travel in the same manner before the pandemic.

“Our ability to build mobile offices equipped with the technology to keep those workers on the road also kept our team in the shop doing what they do best,” says Sacco. 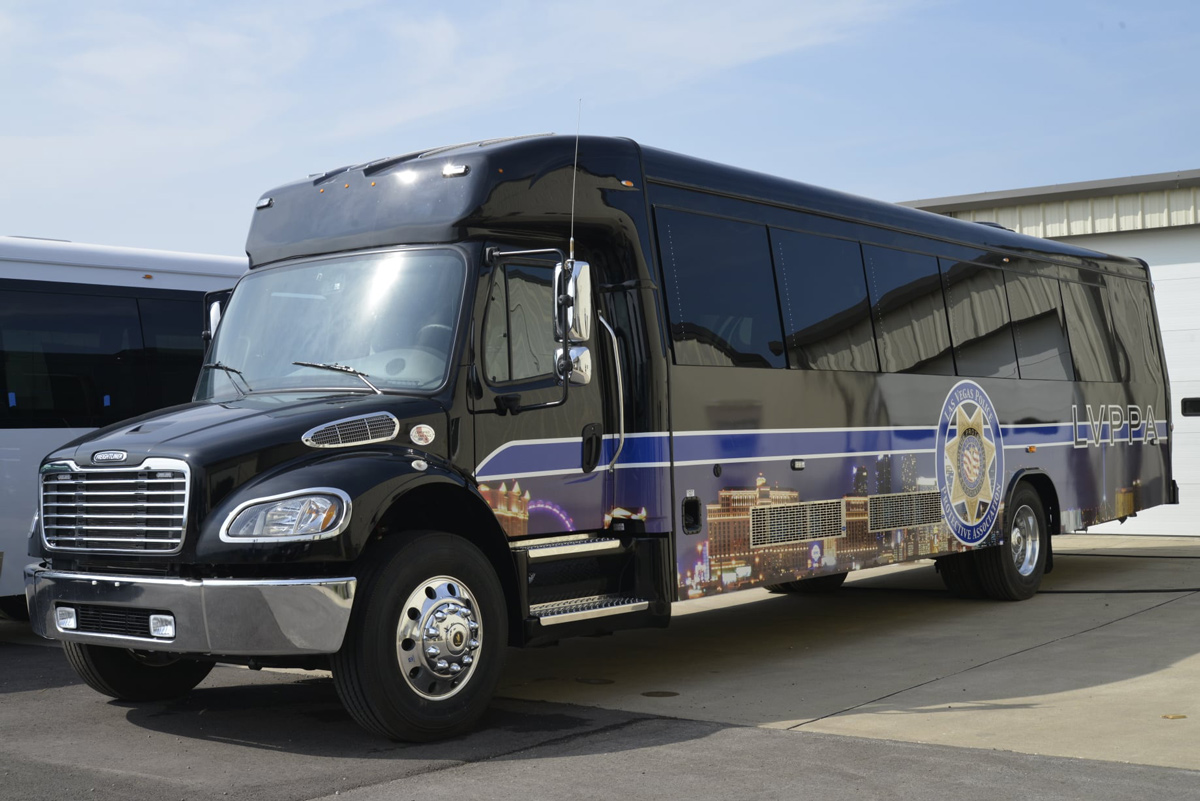 A call from the Las Vegas Police Protection Association (LVPPA) for a mobile command center got the LGE team back to work once again. This build required seating for 18 passengers with space of 24 inches per person as well as a kitchen area with large storage, lavatory with full size sink and storage, large power awning, and a secure private office with locking door and desk area. The vehicle is not for transporting passengers or law enforcement, but is used for obtaining eyewitness reports, debriefing officers, and providing an area to cool down when the officers are out in the Vegas heat for extended periods. The next week the LVPPA 40’ Freightliner was pulled into production and was complete within six weeks.

Officers representing the LVPPA traveled to the LGE headquarters and were joined by members of the Pennsylvania State Police. During the build process, LGE also gained another contract for a second vehicle for another agency with similar requirements. This vehicle is scheduled to be completed by the end of October. The production schedule is full through the end of the year with LGE building vehicles for the commercial transportation industry, medical units, and private vehicles.

“To say this year has been difficult is an understatement,” says Sacco.

“But on the positive side we have seen this team be able to go from stock limo builds, to full custom private vehicles, PPE equipment manufacturing and back again, which gives us the confidence in knowing we have done our best to weather this storm,” adds Sales Manager Alexa Sacco.