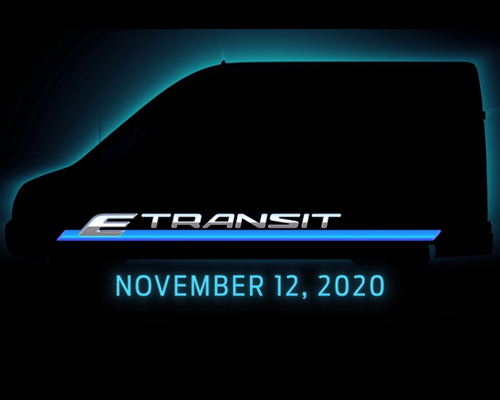 On November 12, Ford will officially unveil its zero-emission, all-electric E-Transit—a new version of the world’s best-selling cargo van. The automaker’s best-selling van is among the most popular used in our industry, along with the Mercedes-Benz Sprinter.

According to a new survey conducted in the U.S., U.K., and Germany, people are increasingly expressing openness to delivery services operated by electric vehicles. More than 60 percent of Americans and 68 percent of Brits care about the environmental impact of vehicles used by delivery services. That’s a 12 percent increase in the U.S. alone since earlier in the year, when we conducted our initial survey. This is expected to rise in the coming years with an incoming Biden administration that vowed to focus on greener energy and reduction of reliance on fossil fuels.

In all three countries, more than half of respondents say they’d choose an electric-powered delivery service over a gas-powered one if price and arrival times were the same, with 54 percent in the U.S. and nearly 58 percent in the U.K. saying so. And even if they have to wait longer for a delivery via zero-emissions vans, 43 percent of Americans and almost 50 percent Brits say they would do so.

In December, Mercedes-Benz debuted its all-electric eSprinter to its European customers.

The details are scarce at this time—including the all-important vehicle range per charge—but we’ll be sure to share any information once the vehicle is officially revealed.

Visit fleet.ford.com for information on the current Transit and any future updates.