The American Bus Association (ABA)—an industry leader advancing North American motorcoach travel and tourism—welcomed the news that a bipartisan, bicameral group of lawmakers came together to propose a $908 billion stimulus COVID relief bill that includes $8 billion for the private motorcoach industry. The industry has been lobbying leaders in both chambers for months to support the House's and Senate's CERTS Act, separate bills that would offer up to $10 billion in grants and loans to the motorcoach industry, and which both enjoy a majority support. The fate of those bills, however, has been tied to a second wide-sweeping stimulus/aid package similar to the CARES Act, but the additional relief has stalled since before the election. 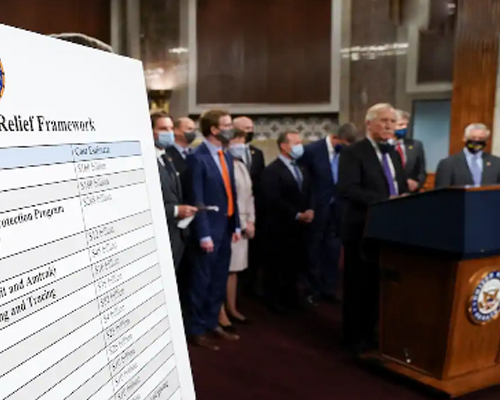 “We applaud those Senators and Representatives that came together to work for relief for millions of Americans and small businesses affected by COVID-19, including the private motorcoach industry," said ABA President & CEO Peter Pantuso. "The motorcoach industry is on the verge of collapse without a lifeline to help it through this pandemic. Without this integral sector in America's multi-modal transportation system, economic recovery will be impossible in the United States as communities large and small across the country would lose access to economical transportation.”

"This industry is running out of time,” said Pantuso. “According to financial institutions, between 40-50 percent of the industry’s 3,000 small family businesses will be closed for good without help. Nearly half of the industry's buses are facing repossession as banks can no longer offer flexibility. We need Congress to act now and help save this industry from decimation.”