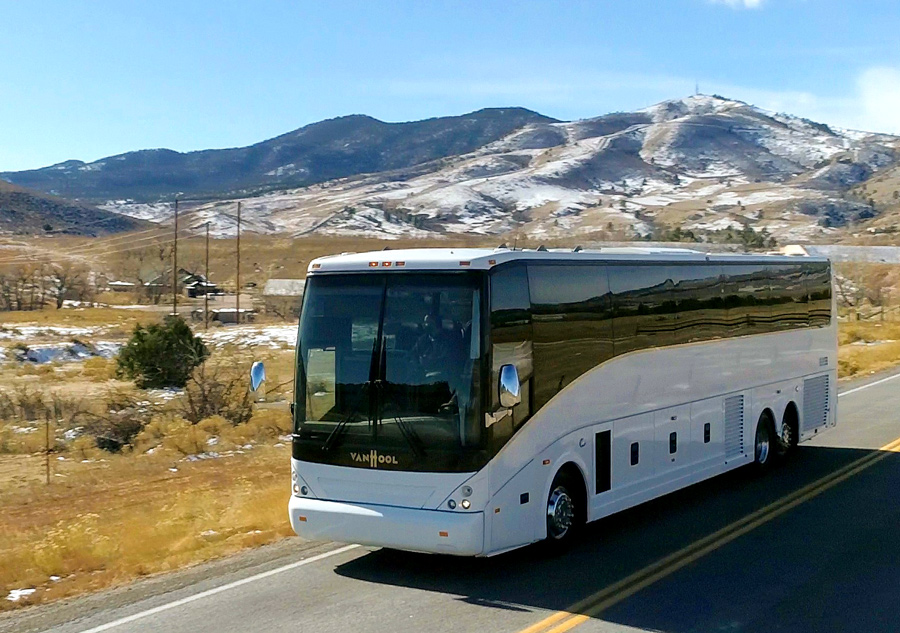 “The first motorcoach delivered has met the high expectations many of our customers have,” said ABC Companies President & CCO Roman Cornell. “It has excellent power, over 200 miles of range on a charge, and Lightning’s energy division can support installation of fast-charging systems that meet our customer’s stringent requirements. This agreement demonstrates our commitment to work together with Lightning eMotors and sets our order plans for the next 24 months."

Electric motorcoaches to be offered by ABC Companies include both touring coach and high-capacity double-deck coaches.

“At 3,445 Newton-meters of torque (2,540 ft-lbs), the Lightning eMotors’ electric motorcoaches are our most powerful and advanced powertrain to date,” said Lightning eMotors CEO Tim Reeser said about the company’s seventh commercial electric powertrain. “They have an 800-volt modular, liquid-cooled battery system with up to 640 kilowatt-hours of energy that provides roughly 200 miles of real-world range and can be charged fully in three hours via DC fast charging.

The partnership with Lightning eMotors was formed after ABC conducted a global search for a powertrain provider with the scope, scale, experience, and expertise to provide zero-emission vehicles and offer charging solutions for large corporate and municipal customers. ABC also liked that Lightning eMotors would be able to develop custom zero-emission repower kits for a variety of customers and vehicle applications, Cornell said.

ABC also will be an authorized nationwide service center and distributor for new and repower options for Lightning eMotors’ popular shuttle vans and cutaway applications, such as the Lightning Electric Transit passenger van and Lightning Electric E-450 and F-550 shuttle buses.

“Many of our customers utilize these vans and shuttle buses for various short distance routes, such as airport runs and hotel shuttles, as well as last-mile services for smaller groups,” Reeser said. “These vehicles provide a very compelling total cost of ownership. And, as fleets target the vehicles and routes that they will electrify first, we need to be ready to meet those needs.

He added: “The smoothness, the quietness, and the power of these electric motorcoaches is a game-changer for drivers, passengers, and operators. We’re providing a full range of powerful, cost-effective zero-emission vehicles, engineered to support each operator’s sustainability goals.”