The Limousine, Bus, Taxi Operators of Upstate New York (LBTOUNY) met via Zoom on June 17 for a general membership meeting. Once again, the chief topic of discussion was the post-Schoharie legislative changes for limousine operators that went into effect in February 2021. The association hosted Marc Berger, acting director, Passenger Carrier Safety Bureau/Motor Carrier Investigations from the New York State Department of Transportation (DMV), who spoke about the new regulations and fielded questions from the group. 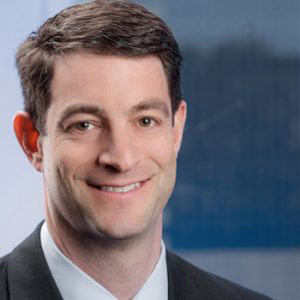 Since the Schoharie limousine tragedy in 2018, lawmakers in New York have come down hard on stretch limousine operations, just stopping short of banning the vehicles. It’s also spurred some additional federal proposals and legislative revisions that could affect the industry nationwide.

“Governor Cuomo was really driving hard at eliminating stretch limousines in the state. Even though there were laws already on the book to prevent this accident from happening, there was a lack of communication between DOT, DMV, and law enforcement,” says LBTOUNY President Kevin Barwell of Giorgio’s Limousine Service. “But, right now we’re working closely with DMV and DOT—and they really seem to be communicating now.”

Berger was on hand to help guide LBTOUNY members through the new regulatory landscape and address members’ questions and concerns. First, he discussed the new laws that have passed and what’s going on in the state. Notable changes to state laws include a CDL being mandatory for vehicles carrying more than eight passengers as well as new drug and alcohol testing for chauffeurs. Berger then cleared up some misinformation that had been circulating among operators.

Barwell said that Berger remains very open to working with the association in the future, giving LBTOUNY a clear-cut line of communication to the NYSDOT.

“Our association is working its butt off to maintain those relationships with those departments [DMV/DOT] as well as our elected representatives. We’ve been to Albany numerous times to testify and work with them. We don’t want a black eye,” he adds.

Another topic discussed among LBTOUNY members on the call was illegal operations being created by TNC drivers in the state. According to Barwell, TNC drivers are creating websites and social media profiles that advertise services as car services. Of course, these “companies” do not have the appropriate insurance or plates.

“The DMV is trying to come down on them, but it’s such a big monster that’s happening all over the state. It all goes back to the state not creating stricter laws on TNCs and it’s opening a can of worms,” says Barwell.