TEMSA, a manufacturer of motorcoaches based in Turkey and sold around the world, has announced that it has increased its capital as it continues a robust showing in exports. The company was acquired by Sabancı Holding and the PPF Group.

TEMSA continues its growth in both domestic and international markets, through the partnership of Sabancı Holding and the PPF Group, in which Skoda Transportation acts as its subsidiary, is reinforcing its capital. 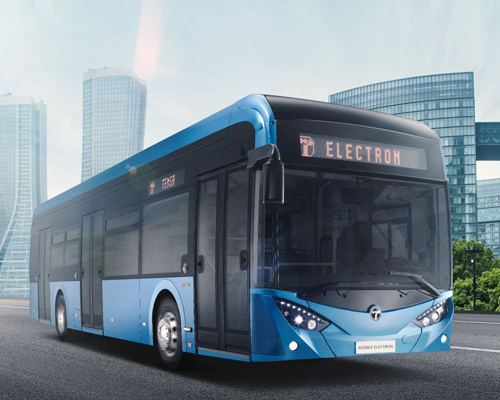 Industry SBU President of Sabancı Holding and Chairman of the Board of Directors of TEMSA Cevdet Alemdar commented: “We are strengthening our capital to have TEMSA attain a stronger and more competitive financial structure in both domestic and foreign markets. Today, TEMSA is a brand that has proven itself in the field of electric buses and autonomous vehicles. We exported our first electric bus to Sweden in recent months. In other words, today, we are selling our electric vehicles that we produce in Adana to a country that has a say in the field of electric vehicle technology in the world; moreover, with its own software and batteries. Skoda Transportation that operates under the roof of our partner PPF Group has substantial global experience in electric transportation solutions. This know-how will pave the way further for TEMSA to expand its product range and markets in the forthcoming period. Hence, we aim to reinforce TEMSA's leadership in new generation electric vehicles and fortify its growth.”

Alemdar noted that TEMSA has been growing in popularity in Europe, especially in Sweden, Belgium, France, and Czechia. In the North American market, TEMSA unveiled its redesigned TS30 motorcoach at the 2021 UMA Expo this past April. According to a press release from UMA, Temsa representatives said that the North American market is one of its growth accelerators and has plans for introducing the TS45 Electric Bus, which was recently developed specifically for the US market.