Voting for UMA Board Begins Dec. 2 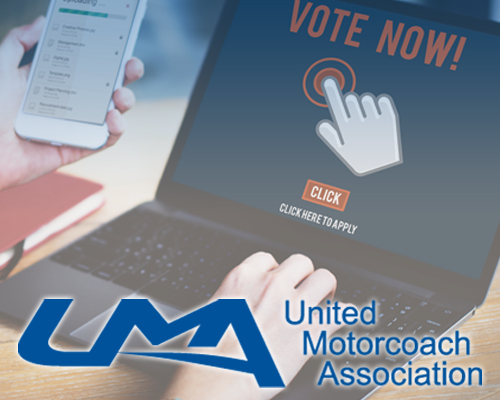 The United Motorcoach Association (UMA) will hold elections for seven operator seats on the board of directors, starting this Thursday, December 2, and closing on December 17. Voting will be done online and the winners will be introduced at the association’s Motorcoach EXPO, scheduled for February 23-27, 2022, in Long Beach, Calif.

Region 4 is an uncontested race with John Wilson of The Wilson’s Group of Companies in Victoria, British Columbia, seeking the one open seat to represent Canadian operators.