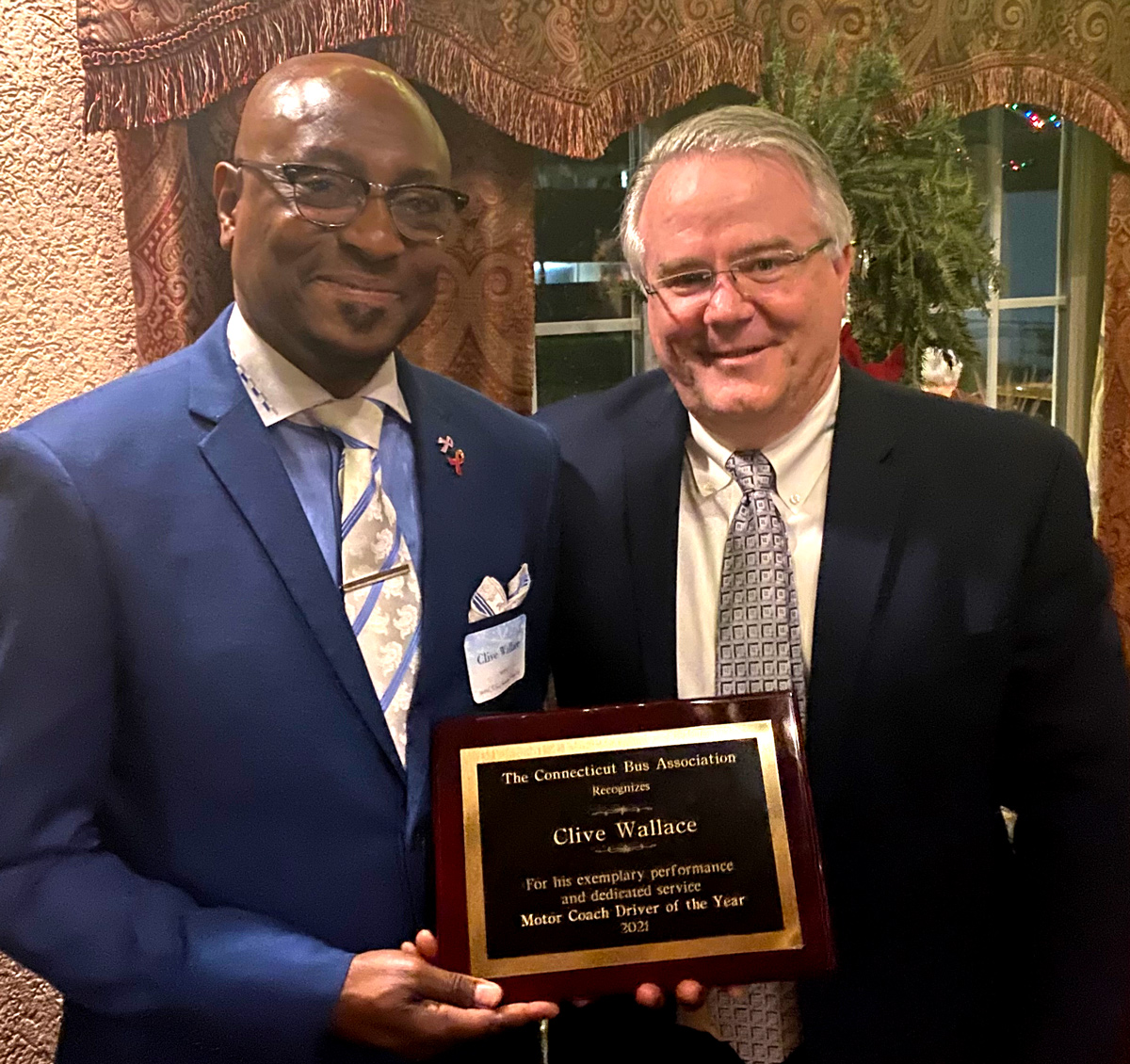 Each year, the association recognizes one driver in the state who demonstrates safe driving with the highest standards in every facet of the profession. Wallace began his commercial driving career at White Plains Bus Co. in New York in 1998, eventually joining DATTCO as a motorcoach operator in early 2009. He has driven well over a million miles in his career, including approximately 750,000 with DATTCO.

“Clive was nominated because of his extraordinary performance standards, including unparalleled driving skills and personal conduct,” said Dennis Lyons, vice president of DATTCO’s Coach & Tour Group. “Clive has achieved many laudable attributes during his time with DATTCO.”

Wallace's driving record with DATTCO includes no at-fault incidents, according to Lyons, which earned him a spot in the Safety Department as a driver instructor. Wallace is one of a select group of drivers who works with new drivers during their first 1,500 miles of on-road training, and serves on the company’s driver’s committee to help communicate needs and challenges to the management team.