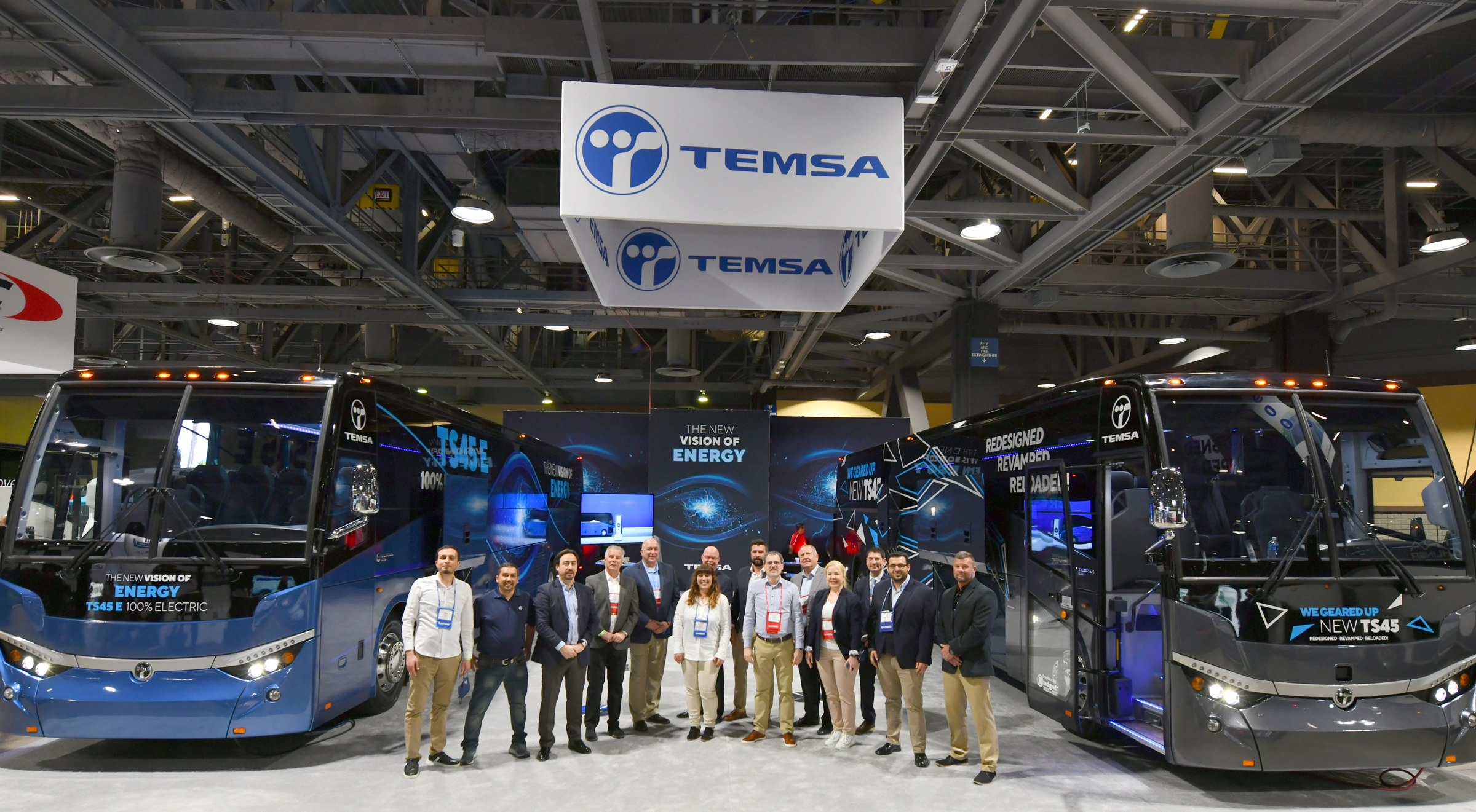 The TEMSA Team at the 2022 UMA Motorcoach EXPO

Bus manufacturer TEMSA unveiled the first electric version of its TS45 model vehicle at the 2022 UMA Motorcoach EXPO in Long Beach, Calif., this past February.

The TS45E, the electric version of the TS45 family that has been on North American roads since 2014, has been testing in Silicon Valley in California and across America. It has successfully passed all the tests and provides a cost advantage over its conventionally fueled competitors, especially in long distances, and is expected to be one of the pioneers of the transformation in the motorcoach segment with its high driving comfort, maximum passenger safety, advanced technology, and zero emission features. 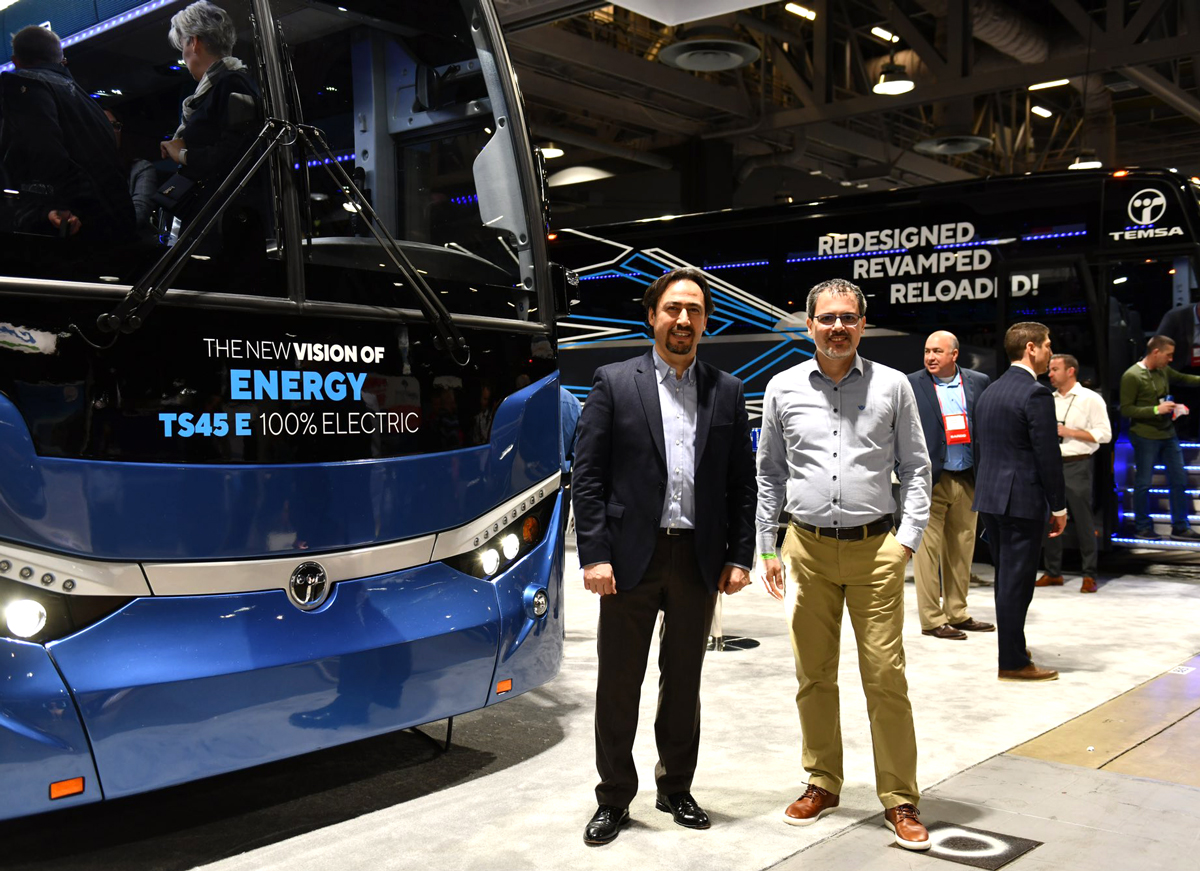 In the introductory launch, TEMSA CEO Tolga Kaan Doğancıoğlu stated that TEMSA is one of the leading manufacturers in the industry with its 54 years of experience, and that TEMSA-branded vehicles, which have hit the roads in 66 countries around the world, have traveled 6 billion miles.

“The TS45E is the fourth electric vehicle in TEMSA's global product range. As a company that has put ‘smart mobility’ solutions at the foundation of its growth strategy, we are very happy to add our fourth electric vehicle to our product range. North America is one of the strategically priority markets in TEMSA's growth plans. We have been a great success in this market for nearly 10 years and have become one of the strongest players in this segment, especially with our market share reaching 10 percent in the motorcoach segment. Now, together with our electric TS45E model and our revamped TS45, we are bringing a whole new vibe to the market," said Doğancıoğlu. 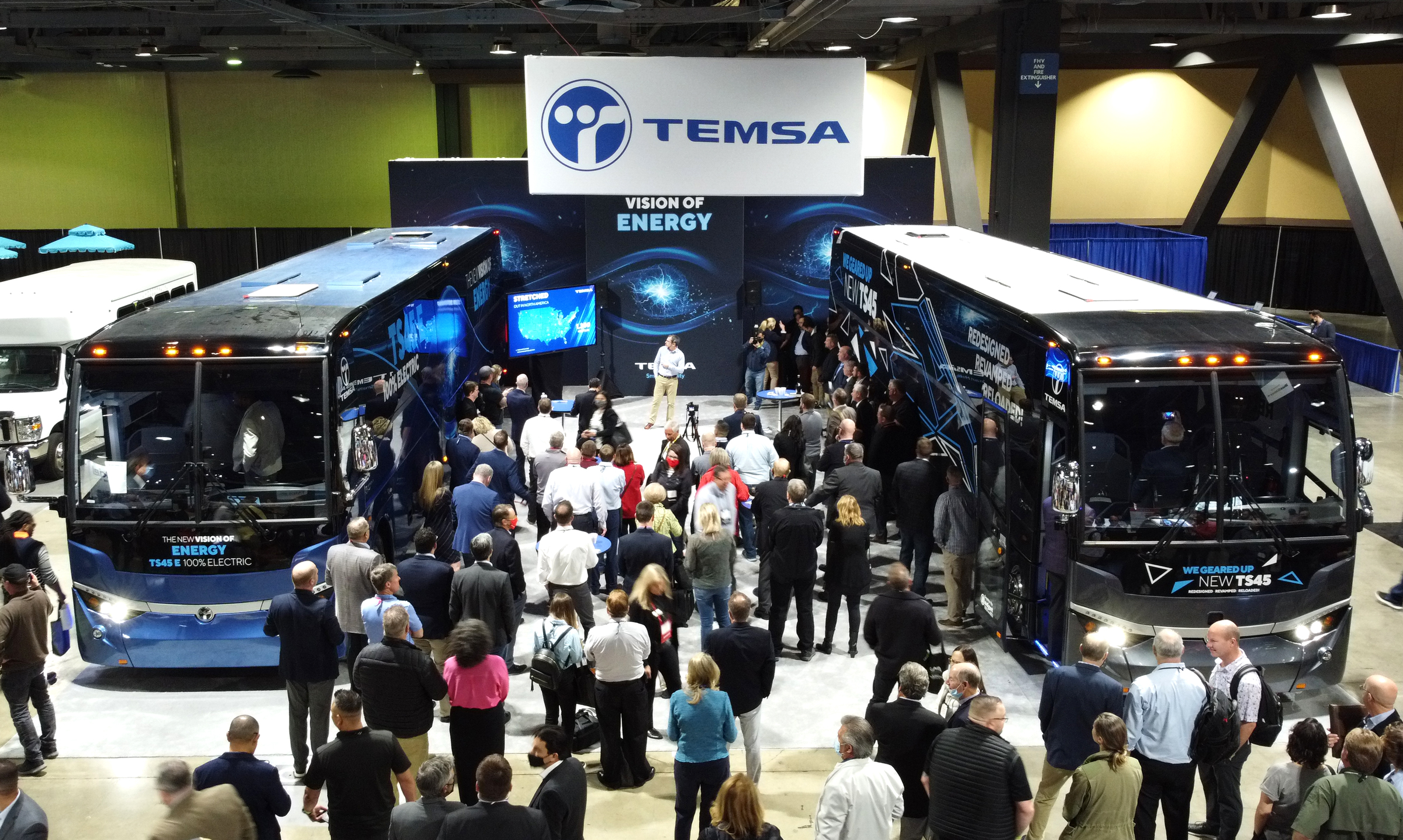 TEMSA at the 2022 UMA Motorcoach EXPO

“Our TS45E model can travel 250 miles with a charge time of only four hours,” said Kozan. “The battery packaging of the vehicle was also specifically developed according to North American regulations by TEMSA engineers. We have integrated one pedal drive technology, which we have also developed in-house. Connected to the battery, this pedal ensures both the acceleration and the deceleration of the vehicle, or even stopping of it, when drivers take their foot off the pedal. While this technology also increases the range of the vehicle by up to 15 percent, it also reduces the vehicles’ brake maintenance costs and maintenance times. On the other hand, there is another very important design modeling in our vehicle that the passengers do not see. Service and maintenance processes have also been facilitated here compared to competing models, as all parts of the vehicle powered by electricity are positioned as close to each other as possible.”