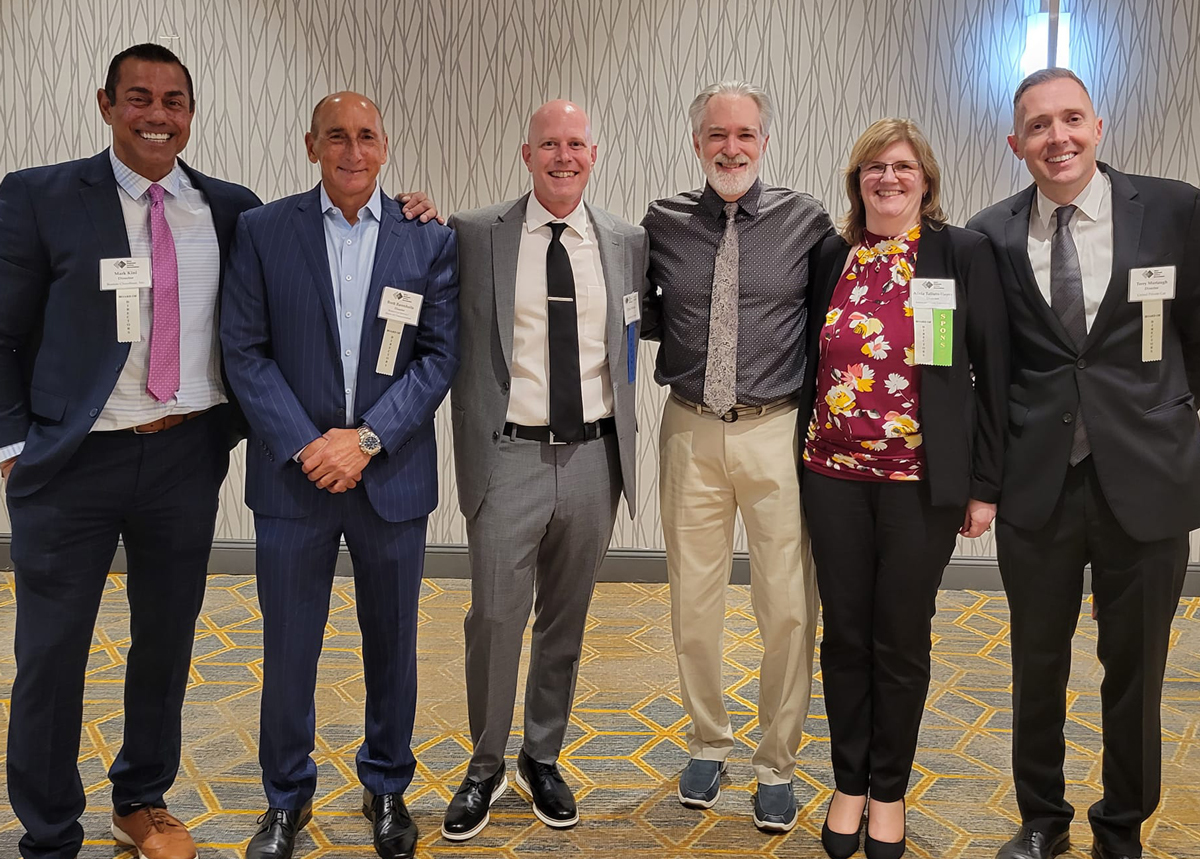 With fall on the horizon, the New England Livery Association (NELA) welcomed more than 25 members and guests at their most recent quarterly meeting on September 13. Held at the Holiday Inn Hotel and Conference Center in Dedham, Mass., the evening offered plenty of opportunities for networking over an Italian meal. CD President Chris Weiss was on hand as a special guest.

“Chauffeur Driven is always a huge supporter of the NELA, and our fall quarterly meeting was no exception,” says Executive Director Rick Szilagyi. “Chris Weiss delivered a State of the Industry, served as moderator for a panel-led discussion on working with remote employees, and brought a show pass and other CD items for our raffle. And, this was on the heels of CD’s sponsorship of our annual golf tournament—in which the team of Chris Weiss, Nick Boccio of Buffalo Limousine, and Peter Simmons and Carey Callahan of A2B Transportation took third place.” 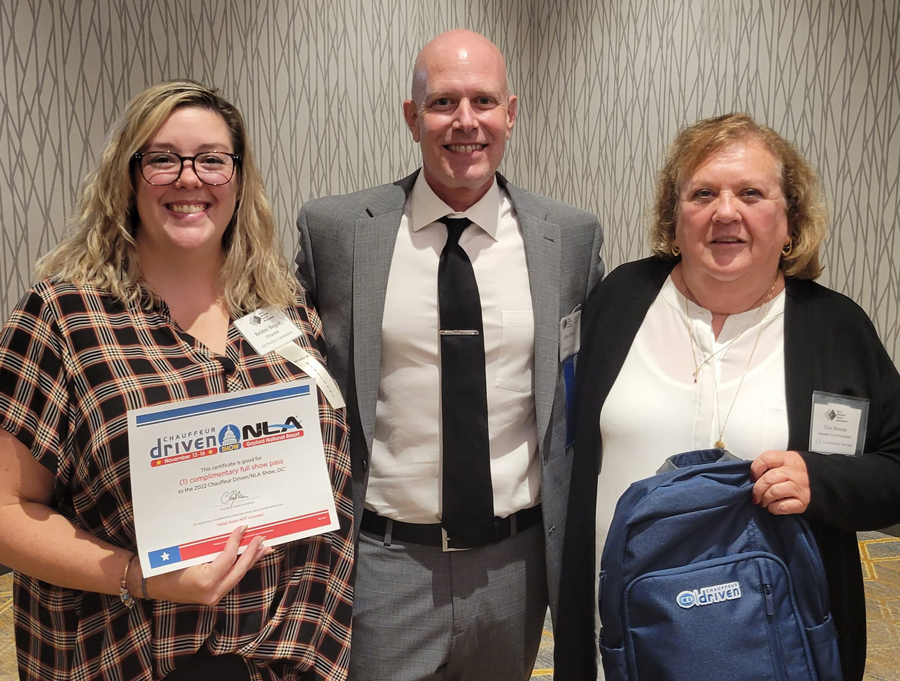 Tying in his presentation with topics to be addressed at the upcoming CD/NLA Show at the Gaylord National (just outside of D.C.) this November 13-16, Weiss addressed many of the issues faced by operators in the current marketplace. Hiring staff, affiliate work, and supply chain challenges were also discussed, as was the importance of raising rates to stay profitable. Weiss also moderated a panel on remote workforce, which included NELA President Joe Cardillo of AOT Global, 1st Vice President Brett Barenholtz of Above All/Boston Car, Szilagyi, and Director Mark Kini of Boston Chauffeur. Each commented on the pros and cons of having a remote workforce, but the conclusion was reached that it’s a trend that will continue and grow in the future. 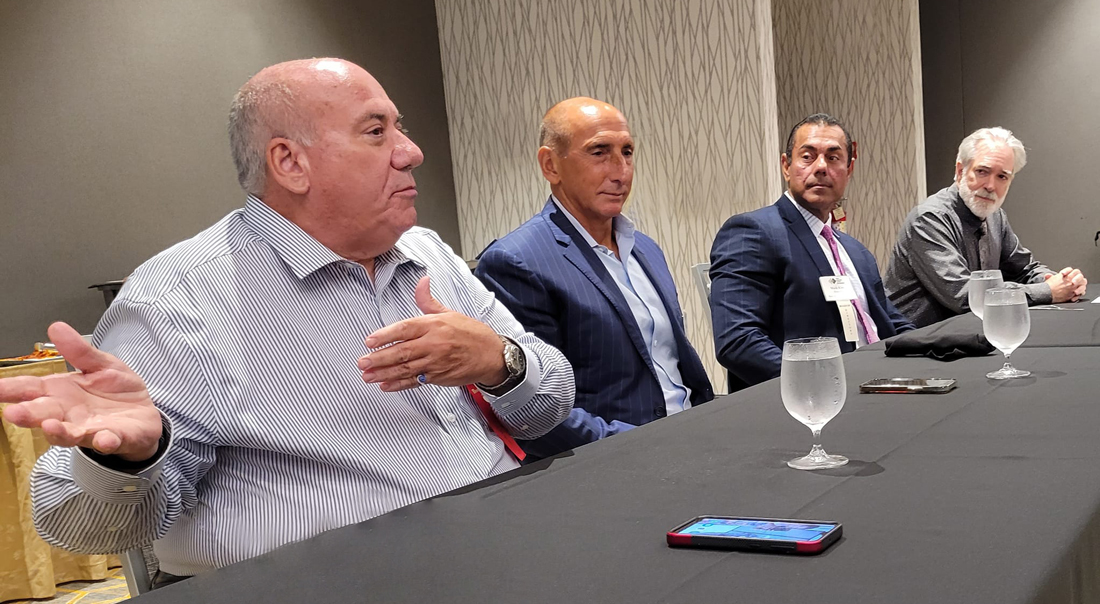 After the panel discussion, Weiss announced that CD is back in print starting with the September issue, which was met with cheers and applause from the attendees. To continue to the good vibes, Weiss gave away some CD-branded shirts and hats, and raffled off a branded backpack, as well as a pass to the upcoming show. The backpack was won by Tina Benson of L.A. Limousine, while the show pass went to Britt Bogar of All Points Limousine.

In other NELA news, the Board of Directors will be manning a grill on Thursday, September 29, for the association’s annual Chauffeur Appreciation Day at Logan Airport. Cancelled for two years due to COVID, this staple event makes its return from 11 a.m.-4 p.m. to honor the frontline employees that are the backbone of the industry. In addition to free burgers, hot dogs, sausages, and veggie burgers, NELA will also have a DJ and raffles at the airport. Sponsorship opportunities are available; click here to take part.