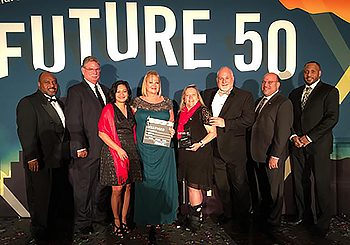 “I’m so thrilled to be accepting this award for the third straight year,” Bouweiri says. “Thanks to the hard work of my entire team, we successfully managed a high-growth year in 2014, with a 20 percent increase in year-end revenues. We also added 80 new jobs, bought 50 new vehicles, and created new revenue streams. I’m looking forward to just as much success in 2015!”