Recently Passed TNC Bill Needs Some Work, According to LANJ 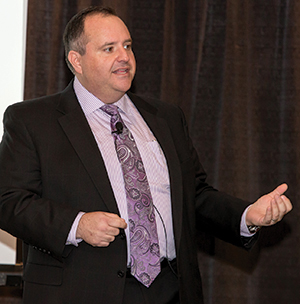 LANJ First Vice President Jason Sharenow of Broadway Elite Chauffeured Services Worldwide Trenton, N.J. — Members of New Jersey Limousine Association (LANJ) headed to the state capital in Trenton on March 19 to voice their dissent in regard to Assembly Bill 3765, which the Assembly Transportation Committee ultimately passed that afternoon with a 7-3-1 vote.

A-3765 not only comes with a host of to-be-finalized regulations that aim to protect the safety of TNC passengers, but also takes “a step toward leveling the playing field” for TNCs and the ground transportation industry, according to LANJ First Vice President Jason Sharenow of Broadway Elite Chauffeured Services Worldwide. But the bill’s “gaps in critical areas” had LANJ members concerned that it simply does not address all of the necessary issues.

“Our opposition was to the current form of the bill, not the concept,” Sharenow said.

Sharenow, who went to the state house with LANJ’s PAC Chair Peter Corelli of Lakeview Custom Coach and Immediate Past President Jim Moseley of Trip Tracker, testified on behalf of the association. His testimony highlighted the reasons why LANJ opposed A-3765, which included: treating TNCs as entities outside ground transportation, exempting them from the requirements that the livery industry follows to ensure passenger and public safety; the bill’s failure to demand medical exams and drug screenings for drivers; inadequate vehicle inspections; substantially lesser insurance requirements and per-trip collection of fees for TNCs in comparison to livery operators; and the continued regard for TNC drivers as independent contractors rather than employees.

“All of these items are still in negotiation for the final bill,” Sharenow said. “But TNCs will be regulated in some way, shape, or form—the chair of the transportation committee, Assemblyman [John] Wisniewski, made that abundantly clear.”

Uber issued a statement in response to the bill’s passage, expressing its disappointment over A-3765’s narrow victory. While LANJ is not entirely happy with the bill’s passage, it does take heart in these first steps to regulate TNCs and will continue its fight for both increased safety and a level playing field.

“LANJ is not completely satisfied with all of the amendments, so we will continue to meet with the bill’s sponsors to help craft additional amendments to the current bill that we feel are necessary,” said Sharenow.

LANJ’s next general meeting will be March 31 at NJHA Conference and Event Center in Princeton.