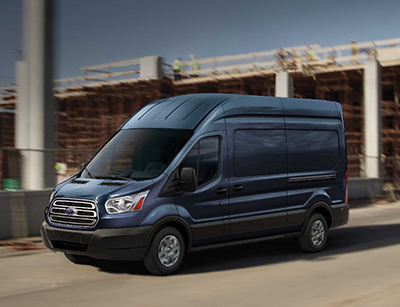 Dearborn, Mich. — Ford announced that its best-selling van, the Transit, will feature an available SYNC 3 (the OEM’s communications and entertainment system), rearview camera technology, and new customization options for its 2016 models. Ford has produced more than 100,000 Transit vans and wagons at Kansas City Assembly Plant during the 2015 model year.

“These and other updates make the 2016 Ford Transit the smartest, most flexible van ever offered by Ford,” says Yaro Hetman, Ford brand manager for Transit, Transit Connect, and E-Series. “Transit replaces America’s best-selling van for 35 years, E-Series, first sold in 1961 as Ford Econoline, and we look forward to continuing our leadership in this important segment.”

Dual sliding side cargo doors also will be available for the first time on Ford Transit medium- and high-roof vans—meaning customers can choose from 58 vehicle configurations, up from 47 in the 2015 model year.

“Transit customers appreciate that the vehicle is purpose-built to serve their businesses, and the enhancements we are making for 2016 are driven by customer feedback,” Hetman says. “We are making America’s best-selling commercial van even smarter and more flexible.”

The smaller Transit Connect and Connect Wagon will also receive updates for 2016. The flexible-fuel vehicle system will be standard equipment on 2016 Transit Connect vans with 2.5-liter I-4 engines destined for non-California emissions states. Flex-fuel Transit Connect vans are engineered to run on E85 (85 percent ethanol and 15 percent gasoline), unleaded gasoline or any blend of the two. Ethanol burns cleaner and is more renewable than conventional fuels.

Ford Transit Connect Wagon will include a standard second-row fold-flat bucket seats for the 2016 Titanium model. The bucket seats are available as a no-charge option on the XLT long-wheelbase model, while a six-way power driver’s seat is available in cloth for the first time on XLT. Blind Spot Information System (BLIS®) with cross-traffic alert will be an option on 2016 Transit Connect Wagon XLT and Titanium models.

The vehicles will be available through Ford dealers beginning in September 2015.