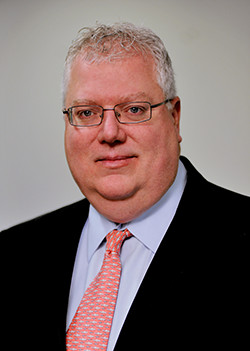 TLPA President Mike Fogarty Rockville, Md. — The results of an online survey put out by the Taxicab, Limousine & Paratransit Association (TLPA) have been announced recently, and they demonstrate just how deeply entrenched ground transportation companies are in the communities they serve.

According to the TLPA Community Connections Program, the association’s members have donated nearly $1.7 million to charities of all kinds over a yearlong period ending April 30, 2015. Members’ generosity benefited not only organizations (such as hospitals, children’s wish campaigns, food banks, youth groups, and educational funds) but also an array of awareness-raising causes, including breast cancer, kidney disease, and wounded veterans. The TLPA Community Connections Program itself encourages members to participate in charitable endeavors of their choosing.

While the TLPA boasts more than 1,100 members around the world, President Mike Fogarty said that less than 10 percent of them responded to the survey—suggesting that the survey’s final tally is really only a small percent of what the licensed for-hire industry has actually contributed to international communities.

And with TNCs unable to claim the same homegrown ties as regionally established transportation companies can, it is especially important for TLPA members to make a positive impact on their local communities.

“What these figures tell me is that, while we may not have the billions of dollars from Wall Street that some of our competitors have, we do everything we can to take care of our communities,” Fogarty said in a press release. “We’re a part of our cities and towns, not some giant corporation based in another state or another country. We’re part of the fabric of our cities and we believe in helping our neighbors.”

TLPA will be holding its Mid-Year International Leadership Conference July 15-18 in Lahaina, Hawaii.