NLA’s Annual Day on the Hill Is a Win 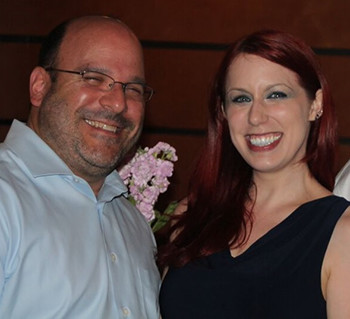 Tony Simon of Reston Limousine and Chauffeur Driven Editor Madeleine Maccar Washington, D.C. —The National Limousine Association’s (NLA’s) Day on the Hill added another successful event to its long history this June 9-11, as more than 80 operators and industry professionals from all over the country participated in the annual legislative days. CD’s Industry & Brand Ambassador Philip Jagiela and Editor Madeleine Maccar both attended the event.

The event gives the industry a chance to speak to elected officials, thanks to the NLA’s efforts and those of Cornerstone Government Affairs, who arranged the meetings on Capitol Hill. This year, participants came ready to discuss two key issues: an extension of Section 179 of the Internal Revenue Code, which is a recently expired expense provision that allows small businesses to deduct the full purchase price of qualifying equipment during the tax year in which it was purchased, and workers’ rights in an independent-contractor (or 1099) economy.

On Tuesday, a meeting of the NLA Board of Directors kicked off the event, which was promptly followed by several educational sessions. Presented by representatives from the likes of Cornerstone, the U.S. Department of Labor Wage and Hour Division, and attorney Manesh Rath, the half-hour sessions prepped participants for working with and speaking to politicians and their staff alike. 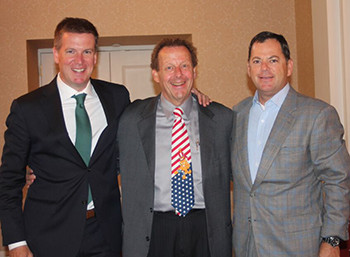 L to R: Greg McDonald of Cornerstone Government Affairs, CD Industry & Brand Ambassador Philip Jagiela, and Louie Perry of Cornerstone Government Affairs “We had speakers come in and review different angles—like how the taxi industry is dealing with TNCs,” Buffo said. “It was a day of speakers who were educating us on where other industries are at compared to where we’re at, and helping us for the next day for when we did the walk on the Hill.”

Tuesday evening saw a fundraising reception at Cornerstone’s headquarters and the NLA Board dinner/PAC fundraiser at Old Ebbitt Grill before Wednesday brought the actual walk on Capitol Hill—which Buffo said was one of the most successful in the event’s history.

“We were 100 percent absolutely positive across the board,” Buffo said. “Every single meeting was positive. It was the most positive Day on the Hill we’ve had, from what I’ve heard from people who have been to many of them during the history of our association. That was incredible to hear.”

Citing a mix of variables working in members’ favor, Buffo said that going into the legislative day with a straightforward message was much to everyone’s benefit.

“We made it real simple this year: We certainly have other fights to fight but nothing is as big as the two issues we went there to discuss,” said NLA President Gary Buffo of Pure Luxury Transportation. “The message that we were trying to get across on Day on the Hill is that we need to protect the American worker. There is no protection in that 1099 economy.”

Dinner, drinks, and mingling at Catch 15 were punctuated by a celebratory mood befitting the day’s successful meetings, and Buffo addressed all in attendance by thanking them for being a part of “the most successful Day on the Hill I’ve ever been involved in.” Many kudos were also extended to those who helped make the event a possibility, including Cornerstone, Scott Solombrino of Boston Coach/Dav El, the NLA board of directors, Grech Motors, Don Brown Bus Sales, Chosen Payments, Kia Motors, and all the operators and industry supporters who participated in the legislative days.

Thursday closed out the three-day event with a full slate of speakers, with Louie Perry and Greg McDonald of Cornerstone Government Affairs discussing how to effect change in a local market and Mathew Evins, Matthew Berritt, and David Harrison of Evins Communications, the NLA’s PR firm, speaking on the present and future of the Ride Responsibly campaign. The day closed out with association leaders sounding off about their regions’ specific challenges and concerns.

Appropriately, following close on Day on the Hill’s heels was the ruling from California that an Uber driver was to be considered an employee rather than an independent contractor—a ruling that hit close to home with Buffo, who operates in the state.

“I think it’s way overdue for them to finally look at whether or not an Uber driver should be classified as an employee,” he said. “I think it’s great that they did that but we can’t get too excited. It’s a huge step in the right direction; however, it’s only one driver. And I think it will be a good six months to a year before we get a final ruling. But it is something positive.”