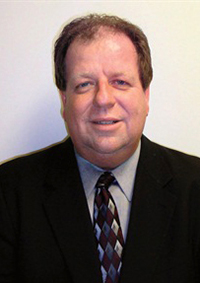 WFLA President Dave Shaw Oldsmar, Fla. — The West Florida Livery Association (WFLA) returned to Flamestone Grill for its monthly meeting on September 16. More than 20 members and supporters were present for the meeting, with CD’s Industry & Brand Ambassador Philip Jagiela among them.

WFLA President Dave Shaw of Network Limousine opened the meeting by discussing the NLA’s upcoming elections to fill five expiring seats, as well as its recent board meeting in Washington, D.C. His president’s report also included an announcement that the association will not only have its own booth at the Chauffeur Driven Show in Miami but also participate in the Florida Limousine Association meeting on the show’s second day. 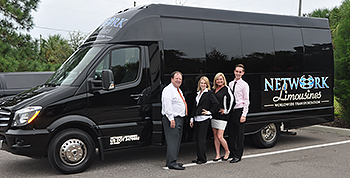 Members of the Network Limousines team (L to R): Partner/General Manager Dave Shaw, Managing Directors Heather Allen and Sheri Boesch, and Tyler Scarborough Jagiela then spoke about Chauffeur Driven’s involvement in and dedication to the industry. He also provided industry-wide updates, elaborating on variations in TNC regulations throughout the country and talking about why certain states have become more receptive to ride-hailing services.

Hillsborough County Public Transportation Commission (HCPTC) Executive Director Kyle Cockream was also on hand to discuss a number of ongoing issues specific to the West Florida region. As Hillsborough County is locked in its own battle with ride-sharing companies, the fight has begun affecting local sectors beyond ground transportation: The Tampa International Airport alone has spent $500,000 on an injunction against TNCs.

Cockream assured the WFLA that the HCPTC “will not selectively enforce” ticketing, allaying concerns that traditional operators would be penalized when TNCs are not—though TNCs are still being ticketed at the airport and their drivers can be arrested for trespassing. He outlined the number of bills that have been introduced and explained the approval process, adding that Senator Jeff Brandes has been their biggest proponent. In an effort to make WFLA members aware of who is supporting either their industry or TNCs, Cockream suggested requesting transcriptions from any relevant meeting through the Open Public Records Act.

The next WFLA meeting is November 18, though the association may schedule a conference call for October if members feel there’s a need for it.