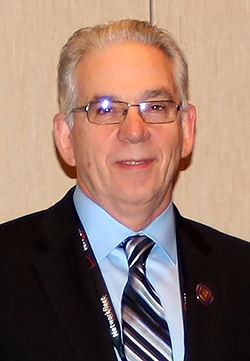 TNCs, of course, remain a hot-button topic and were the main issue discussed at the meeting. PRLA president Steve Rhoads invited board member Anthony Onorata to speak to the attendees about Pennsylvania Senate Bill 984 (SB 984), which is currently being fast-tracked through the state legislature. Spearheaded by State Senator Camera Bartolotta (R-46), SB 984 is designed to regulate TNCs, but many in the industry feel it falls short of leveling the playing field. Aside from statewide legalization of TNCs, especially significant for Philadelphia where services like UberX are currently operating unlawfully, the bill’s largest controversy is the relatively low insurance coverage required by TNCs as compared with limousines: $500,000 vs. $1,500,000. According to Onorata, this creates a public safety issue by allowing “underinsured cars into public service.” The bill also proposes removable placards to identify TNC vehicles and criminal background checks on the drivers; however, fingerprinting drivers will not be required.

With the bill gaining speed, Rhoads and Onorata recently met with Joe Kelly, Sen. Bartolotta’s chief-of-staff, to discuss the implications of SB 984 on the industry. While Kelly was receptive to the PRLA’s concerns, he stated that “it’s time for a change in Pennsylvania.” He encouraged the PRLA board members to consider seeking a change in regulations to reduce their coverage, an idea that was not favored by Rhoads as it compromises consumer safety. Rhoads recommended that all meeting attendees continue to increase awareness about the TNC safety issues with legislators. “One sentence from everyone in this room would help the cause in general,” he offered. “This is only the beginning.”

Another TNC-related matter raised at the meeting specifically dealt with parking at the Philadelphia International Airport. New PRLA member Ron Robinson, General Manager of Sterling Limousine of Wrightstown, Pa., related a call he had with the Philadelphia Parking Authority (PPA) about the overload of TNC cars at the airport’s holding lots. Robinson argued that the 50-60 TNCs that are in the lots at any time are “impeding real customers with real business who have paid for rides.” The PPA, while sympathetic to the chauffeured ground transportation industry, cannot eject cars parked legally, especially in paid lots. In the week prior to the meeting, they began assigning security officers to the lots in order to make sure that TNC drivers remain with their cars and obey all regulations. It was noted that the Philadelphia police have taken a strong stance in the areas around the airport, and are sweeping loitering TNCs from the cellphone, commercial, and international holding lots. 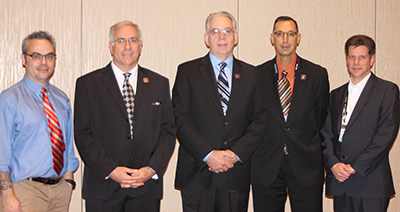 Late in the meeting, Rhoads shared that he recently received a call from a “government-relations lobbyist,” who proposed that the PRLA become a state organization, as opposed to regional. Prior to the meeting, the idea was discussed among the PRLA board members, who felt that due to the size of the state, such an organization would be difficult to handle and would require control, which would be best handled by hiring an executive director. Rhoads invited other association members to join him for a breakfast with the lobbyist on November 19. Several attendees immediately reacted favorably to the proposed expansion. Mike Barreto from Flyte Tyme Worldwide Transportation was among those strongly in favor of transitioning to a statewide association. “It benefits use to stand together as a state organization,” he said. “We need the influence from the state to support what we’re trying to do in Harrisburg, because it’s just not a Philadelphia problem anymore.” Two visitors to the meeting offered further support for the change, admitting that they would only join the association if it had statewide status. A movement to have a quorum vote was denied in favor of garnering interest from the entire PRLA membership via an e-mail blast.

Next up for PRLA is its annual Monte Carlo Night. The holiday party will be held Wednesday, December 9, at Twining Hall in Trevose, Pa.