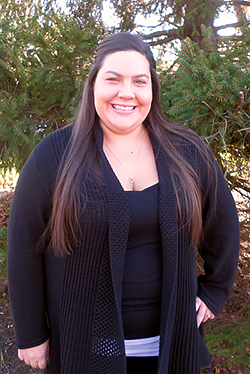 They say that the best talent comes from within, which is definitely the case with Pavlow. She was hired in 2013 as an internal telemarketer for the Chauffeur Driven Show—a position that was meant to be temporary—but President and Publisher Chris Weiss quickly realized that he had a capable jack-of-all-trades on his hands. Pavlow jumped in feet first to assist with the inaugural show, and soon after was offered a permanent position in circulation.

Thanks to her excellent organizational skills, Pavlow became CD’s first Circulation Coordinator and successfully led the magazine through the rigorous USPS audit, which granted us periodical status. She also continued to be an integral part of the pre-show planning; more recently, she took over the management of the Affiliate Central directory of the magazine.

“Who would have thought that this tenacious, part-time telemarketer would become our Director of Events in just over 2 years,” says Weiss. “We are lucky to have Jess on our team, and she’s perfect for her new role. She’s highly organized, creative, extremely determined, and has a fantastic attitude. Everybody she encounters just loves her.”

Pavlow is a familiar face to many as she makes the rounds at association meetings and events—most recently at the TLPA’s Annual Convention & Trade Show in Las Vegas in October. She is already leaving her mark on Chauffeur Driven as she is hard at work planning our Executive Retreat in New Orleans and the CD Show in Washington, D.C.

“I am beyond excited to be the new Director of Events,” she says. “I was part of the team behind the scenes for two years, and I’m proud of the evolution of the show in that short period of time. It’s amazing to be given the opportunity to be in the driver’s seat because I have a lot of ideas and I’m ready to get to work.”

Pavlow can be reached jess@chauffeurdriven.com or 856.452.0323. Visit chauffeurdrivenshow.com for more information and updates on the 2016 events!