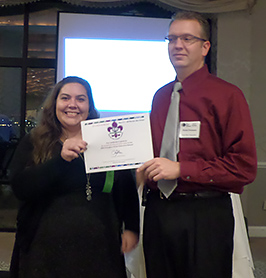 After months of lobbying and boots-on-the-ground hearings, NELA Executive Director Rick Szilagyi was able to deliver some hopeful news regarding the region’s ongoing efforts to put TNCs on a level playing field with chauffeured ground transportation and taxis. 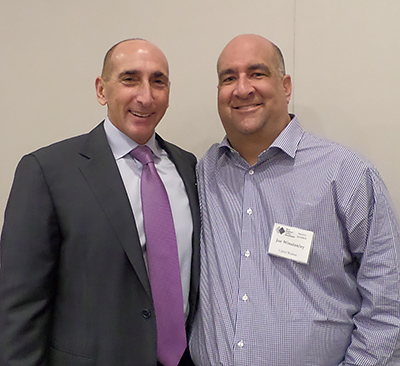 Brett Barenholtz of Boston Car (left) and Joe Winstanley of Carey Boston There are currently four ride-sharing bills under consideration in the Massachusetts State House, with two in particular that bode well for traditional operations: One aims to better regulate TNCs; the other is HB-3702, which was co-written by both NELA and taxis, and calls for the likes of fingerprint background checks, implies that commercial insurance is mandatory, and would prohibit both surge-pricing and TNC drivers from operating at airports.

Brett Barenholtz of Boston Car emphasized how critical it is for the association to both continue working with taxis and rally behind the bills—especially HB-3702—with continued lobbying efforts as they make their way toward legislation.

Once business was addressed, the evening took a turn for the festive with a comedian, music, and plenty of prizes. Pavlow raffled off Chauffeur Driven’s contributions to the holiday gifts with a pass to the CD Executive Retreat in New Orleans, which was won by Brion Svenson of Four Star Limousine.

NELA’s next quarterly membership meeting will be March 15, and the association will be holding a day of education close on its heels.