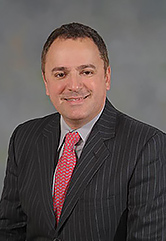 Located in the heart of the South Loop, Metropolitan Limousine has been operating a private chauffeur service in the Chicagoland area since 1972. Since its founding, Metropolitan Limousine has made a name for itself by both delivering high-end service and developing a network of affiliate partners across the U.S. and Canada, and in major cities throughout Europe, Asia, South America, and Australia to accommodate clients traveling nationally and internationally.

“Metropolitan Limousine is one of the oldest and largest transportation services in the Chicago market and provides the highest quality of limousine services in the city. Metropolitan’s staff consists of well-trained and hardworking employees, and we are excited for them to join our team,” said Scott Solombrino, president and chief executive officer for Dav El/BostonCoach. “Chicago is a key market for our business and this acquisition positions us as a major operator there, providing access to all the top luxury hotels in Chicago, which Metropolitan Limousine currently services.”

The choice to acquire Metropolitan and its fleet comprising more than 200 cars was a logical one for Solombrino—and a fortuitous one, too. “The acquisition of Metropolitan Limousine is a strategic component to the growth and operations of the Dav El/BostonCoach transportation network,” he said, adding that his company has been operating in the Chicago area for about 20 years and will be situated for growth by the acquisition. “This came around because of our long-standing relationship with Metropolitan, which is a very special group. It’s not every day that a 45-year-old company with the brand recognition of a leader comes on the market.”

Ted Milos, former co-owner of Metropolitan, is enthusiastic about the transaction: "The opportunity provided to Metropolitan by the Dav El/BostonCoach acquisition is an exciting one that offers multiple benefits for our customers and our company."

"We have had a longstanding and beneficial business relationship with Dav El/BostonCoach for nearly a half-century,” added former co-owner Tom Mulligan, “and the acquisition ensures positive growth opportunities and a broader range of options available to our customers." Both Mulligan and Milos, like many of the current Metropolitan employees, will be staying with the company.

Moving into the Chicago market is not without its challenges for Solombrino, particularly in regard to the city’s favored treatment of TNCs. “Nothing has infuriated me more in the past couple of months than Uber getting permission from Mayor Rahm Emanuel to stage their vehicles upstairs at the O’Hare Airport, when for the past 50 years, companies like Metropolitan have never been able to do that—and the TNCs do it in an unregulated manner. It is outrageous, and it is something that should never have happened.”

In his role as Spokesman for the NLA on Uber, Solombrino promises to continue the fight for an equal playing field for the chauffeured ground transportation industry and TNCs. He’s confident, though, that the tide will turn against them: “I think soon, they will hit a tipping point, and people will have had enough of this. They’re out of control.”

Solombrino is pleased, however, about being part of a critical Midwest market area with the acquisition of Metropolitan and its exceptional management and talent. “This is a very well-run machine with a solid reputation that’s been around for a long time,” he said. “It’s a mature, solid workforce, and I think that makes a difference. I was very impressed with how their systems were running, how well their people are running, and how well they understood their client base in their market. It’s rare to find a company that’s this well run.” He added: “This is a perfect setup—as perfect as anything I’ve ever seen in the business.”