KLA Begins 2016 with New Board 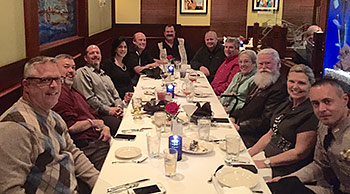 With the close of 2015 came revised bylaws and the election of a new board, where each member will serve a two-year term. The KLA will now be led by:

Former Secretary and newly elected President Sparks is enthusiastic about what he calls “a passing of the torch of sorts.”

“Carey had been the president of the KLA since its formation nine years ago,” he says. “I am excited to have been chosen to lead the KLA for a two-year term and look forward to continuing its presence in the national front of associations for our industry.”

On a more somber note, Sparks added that the new Kentucky governor has created changes in police ranks at the state level, causing longtime association ally Public Affairs Officer Jared Newberry to take a position elsewhere and saying that “he will be sorely missed.”

The next KLA meeting will be February 9 and hosted by Skaggs Limousine in Elizabethtown, Ky.