New York — The National Limousine Association (NLA) recently issued a nationwide survey on the subjects of safety and communications in the private ground transportation industry in an effort to learn more about the thoughts and opinions of the general public following the horrific shooting spree by an on-duty Uber driver in Michigan last month.  The survey, conducted online by Harris Poll and commissioned by the NLA in February 2016 among over 2,000 U.S. adults ages 18 and older, revealed that an overwhelming 93% of consumers feel they should be able to contact a car service operator or dispatcher in real-time if they do not feel safe during a car service ride. Additionally, 9 in 10 said passengers of all car services should have the ability to speak to a live customer service operator or dispatcher at any time and 85% of consumers believe that it should be the sole responsibility of the car service provider to discipline or relieve a driver of their duties if they are driving or behaving in an unsafe manner. These results have prompted the announcement of the NLA’s 2016 Day on the Hill in Washington, D.C on April 26-27. 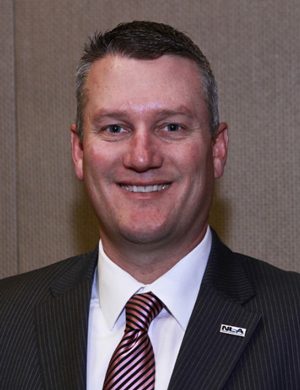 Gary Buffo, NLA President “The tragic and horrific acts committed in Kalamazoo are the latest in a string of incidents involving ride-hailing service drivers, many of which could have been avoided or averted with due diligence and basic communications protocols,” said Scott Solombrino, NLA co-founder. “Without suitably comprehensive background checks to prevent unfit drivers from getting behind the wheel or reliable early-warning standards and practices to monitor, respond, and react to potentially dangerous driver situations, these services are putting passengers, drivers, and the general public at risk. As the survey results illustrate, the public overwhelmingly believes that car service users should have access to a live customer service operator, which ride-hailing application services, such as Uber and Lyft, do not provide. This lack of real-time communications with these service providers is putting the lives of millions in our communities at risk, including drivers, passengers, and the general public.” 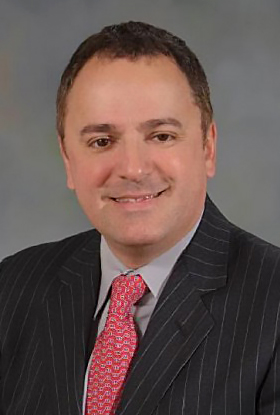 Scott Solombrino, NLA Co-Founder The NLA plans to meet with legislators and decision makers in Washington next month in order to raise awareness and garner support for the universal safety, privacy and accountability standards so profoundly needed in the industry.

“The NLA and its members understand and champion customer service as a cornerstone of our business, and value personal contact and relationships, both with drivers and passengers, as one of the most critical aspects of their responsibility as transportation providers,” adds Gary Buffo, NLA president. “The ability to identify, address and rectify customer, employee and safety issues, in order to offer exemplary service, is the mission of our members and their organizations, and a mission that we feel is glaringly absent from the agenda of ride-hailing services, which all too often leads to disastrous consequences. We urge our legislative leaders to consider improved accountability and uniformity for background checks and access to live customer service operators, for all related personnel, to maximize safety for consumers, employees and others on the highways and roads.”

In other news, Los Angeles Mayor Eric Garcetti recently called for fingerprint scans and background checks for drivers of TNCs and limousine services in Los Angeles following the arrest of an Uber driver for the alleged rape of a passenger.

"In little more than three weeks, two Uber drivers have been charged with heinous and severely violent crimes, resulting in six deaths, two counts of assault with intent to commit murder, eight firearms violations, and rape,” said Buffo.  “Deeply committed to the safety of our streets and our citizens, the NLA supports Los Angeles Mayor Eric Garcetti, L.A. Council President Herb Wesson, and Councilman Paul Krekorian's call for fingerprint scans and background checks for drivers of all private ground transportation, both prearranged services and ride-hailing apps. We insist that all drivers and operators assume the same level of accountability."

The NLA is encouraging TNC companies to follow suit, as the adoption of regulations such as these set a vital precedent for ride-hailing services and the “sharing economy” as a whole.

"The growing push for fingerprint scans and background checks by legislators and law enforcement officials across the nation reflects our goal of effecting universal standards and best practices for car service drivers and operators through the Ride Responsibly initiative," said Buffo. "We must do all that we can to prevent crimes like these from becoming regular occurrences."