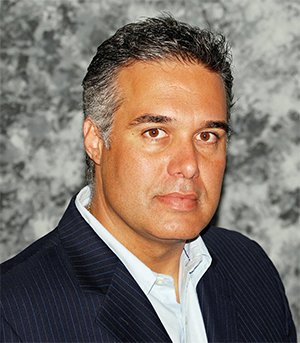 GCLA President Kevin IllingworthThe Greater California Livery Association (GCLA) is taking a different approach to its meetings this June and July, and will be making its way across The Golden State with its seven-meeting Operator Event Series, which is open to non-GCLA members; most meetings are free to attend.

According to GCLA President Kevin Illingworth of Classique Limousine, the payoff is a many-pronged one: education through expert advice, networking opportunities, as well as dinner and prizes to operators across the state—and, on a few occasions, right at members’ facilities.

“We’ll be going to different locations, focusing on getting people more involved, and seeing what a small operator’s company looks like versus a large company to get more people inspired by how a small operator runs his company,” he said. “I think having it at a location like Music Express will give people a better feel for how a large company works, too—they can actually reach out and touch something that they haven’t been able to access in that way before, to see the location, what they do, and how they got to where they are.”

With education being at the forefront of the series’ mission, Illingworth said that it’s time for GCLA to start steering the conversation away from how TNCs are affecting chauffeured transportation and instead initiating conversations about how operators can begin improving the industry themselves, beginning with their own companies.

“We’re trying to stay away from the doom and gloom of discussing TNC,” he explained. “Now we’re speaking about how you can make yourself a better company and a better operator.”

The kick-off meeting in San Diego will set the series’ tone with an hour of networking, followed by two presentations: California Highway Patrol’s Bus and Limousine Safety Inspector Lenonel Ramirez will discuss new laws and regulations, while San Diego Airport’s Director of Ground Transportation David Boenitz will provide insights into airport permits and transponders, expansion plans, livery operators’ parking and staging areas, and future terminal and airline changes. The event will end with dinner and additional opportunities for networking.

“Garrett & Associations is doing a great job, and Tom is basically running this whole thing,” he said.

Due to space limitations, GCLA is asking all interested attendees to RSVP to each event by emailing Garrett at tom@gcla.org.