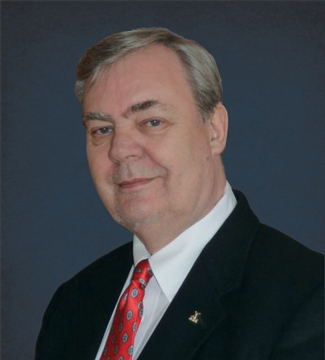 Silver Spring, Md.— After five decades in insurance, nearly 40 of which have been in chauffeured ground transportation, Georgetown Insurance Service President Jack Rolfe is retiring. Rolfe made the announcement last week in a true-to-form hilarious letter to his colleagues, customers, and friends. He will retire this Wednesday, June 22, one day before his 74th birthday; he has been busy handing off his duties to his capable team-many of whom have worked for the company for years.

A transplant from across the pond, Rolfe moved to the U.S. in 1967-as he said, "with no job, a pregnant wife, and a lovely black cat named Inky." He began his career with a Scottish insurance company, and later moved on to Safeco and AIG before co-founding Georgetown Insurance Service in 1977.

"In the very early '80s, two fine gentlemen gave me an opportunity to insure Carey Limousine, yep, the whole thing. We did it and handled it profitably for them, the Hartford, and this little agency Georgetown, and I am happy to tell you that after almost 40 years we continue to be of service to parts of this vanguard of the chauffeured transportation industry," he said in the letter. "I met so many great operators from San Diego to Wisconsin to New Jersey, and, of course, Texas and Tennessee. We wrote single car operators to bus fleets. Back then and still today, we have a team that cares about you…"

Rolfe has been a fixture at all of the industry trade shows for years, including Chauffeur Driven, which he still plans to attend this October 9-12 in D.C. He would often regale his captive listeners with stories about his time growing up in England and his many travels abroad. He also served as a vendor member for the NLA, was a frequent attendee at local associations, and was a part of the Chauffeur Driven Insurance Committee and team of contributing writer.

"So to all my hard-working colleagues, dear friends, family, and to those of you who started out as a customers and became a dear, dear friend, thanks for letting me take so much of your time. Thanks for listening to the tales, 90 percent of which are true," he concluded in his letter. On behalf of Chauffeur Driven, we send our congratulations and wish Jack a very happy birthday!