Travel Trends of the Year and Looking Ahead 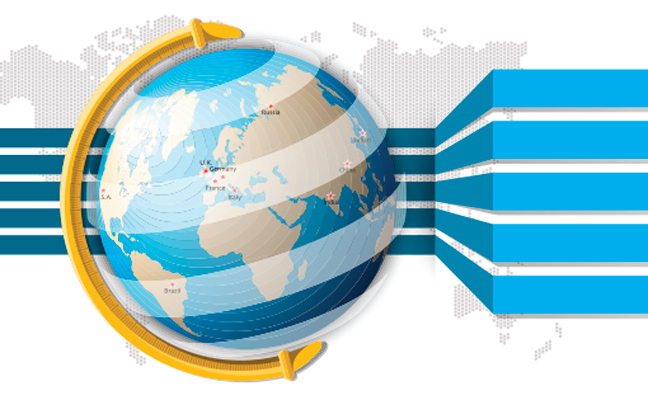 Snapshot and Forecast According to the GBTA BTI Outlook published this year, the association expects “business travel spending to accelerate significantly next year, advancing a projected 6.1 percent followed by 7.0 percent growth in 2019, 6.9 percent growth in 2020, and 7.4 percent growth in 2021. Next year is projected to be the strongest year for business travel spending gains since 2014. The renewed optimism for business travel activity is being driven by an uptick in global trade, expected improvements in the manufacturing sector, economic improvements in emerging markets, and shifting currency dynamics. Many downside risks remain, however. Most notably, public policy in the U.S and abroad has the potential to drastically change the global business travel environment.” Which brings us to...

‘Trump Slump’ Was Real
Apparently, the anti-immigration rhetoric that Trump made popular when assuming office—including the so-called Muslim ban—had an effect on travel to the U.S. In the first six months of 2017, international travelers coming to the U.S. dropped by 4 percent compared with the same period in 2016, according to data released in November from the U.S. Department of Commerce National Travel and Tourism Office in Washington, D.C. Although visitors from Western Europe declined only 1.8 percent, the Middle East and Mexico fell the most at 30 percent and 18 percent, respectively. This has been linked directly to the president and is especially troubling since travel spend represents more than 15 million American jobs.
Source: GBTA

GDP Is Rising Globally
China was on close watch as the country started a “managed deceleration” of growth of its robust economy, but the thud was more of a soft landing than a hard one thanks to some very solid quarters in 2017. GDP is fairly stable across Asia, South America, and the U.S., so look for an increase in corporate travel spend to continue the strong growth. Debt-plagued Europe is in positive territory, despite being below the world average again in 2017, but indicators show that the market could be lifted moving forward in 2018 as corporations are eager to expand business travel.
Source: Reuters, CNBC

Wild, Wild Weather
For many, the impact of the hurricanes and fires may have been a temporary inconvenience in travel, but those who live in some of those areas are going to be struggling for a while. One of the hardest hit areas was Puerto Rico, which is still dealing with an iffy power grid that has left much of the island still without electricity. Many hotels in the wake of the storm have shuttered indefinitely or even permanently—but don’t let that thought linger. Many other hotels were able to come back online rather quickly. Don’t disregard travel to the island as its people and businesses—especially your Puerto Rican affiliates—surely could use the revenue.
Source: Puerto Rico Convention and Visitors Bureau

Alexa Goes on Vacation
The internet of things (IoT), especially those that are voice-activated like Amazon’s Alexa, Google Home, or Apple’s Siri, have certainly been shaking things up domestically, but large hoteliers are catching on to enhance the travel experience within the hotel room. By adopting devices like these, hotels are making it easier than ever for travelers to increase the room’s temperature, listen to their personal playlist, schedule a meeting, get information about the day’s weather or top news, or even order room service without picking up a phone or pushing a button. And to think that we used to have to look at our phones for the weather forecast in olden times.
Source: GBTA

Transportation Is Now Top Polluter
Energy production, once top of the list, has a new contender: transportation. However, it’s not because transportation like cars, trains, buses, and planes have been getting dirtier but that energy generation is cleaner. Transportation emissions have been flat since around 2000, according to the Environmental Protection Agency, but vehicles are getting more and more efficient. Obama administration rules start in the 2020s, although it could be threatened with a rollback by the Trump administration. Good news is that electric batteries are getting smaller and plummeting in cost while rising in reliability, so they could see a larger market in the years to come.
Source: Bloomberg


RECOMMENDATIONS FOR 2018 AND BEYOND

Time to Refresh Your Pitch
You’ve likely had significant changes within your business in the last year, so don’t use 2016’s sales speech to sell your service. The tenets have stayed the same but what CTMs or procurement departments are looking for are different. Duty of care, safety, and vetting of international affiliates should still figure prominently. It’s time to reshape your message accordingly.

Consider Raising Rates
If you’re stuck at rates from three years ago and are too nervous to bump up your pricing, get over it. Corporations are still cost-conscious, we get it, but they also understand that they can’t keep squeezing more and more profits at the expense of their suppliers. Sell your value, not your rock-bottom prices. Some businesses won’t care and others may jump ship, but do you really need to work with a corporation that doesn’t see your value to their travel management plan? Chances are, they are costing you more money than you earn, plus there are few reasons for corporations to squabble over pennies on the dollar. Many are sitting on tons of cash, and most are salivating at the great big present that Congress and President Trump are expected to deliver for the holidays in way of a major tax cut. If you are hearing the old “times are tough” trope, enough is enough. Caveat: Only you know how far you can push, but certainly don’t be afraid to try. Most corporations no longer have the power of a bad economy to fall back on.

Lost Without a Phone
You can put this squarely in the “Duh” category, as almost all of us have grown to rely on our phones or electronic gadgets in some way. Don’t believe me? Leave your phone at home on the way to a new client meeting. Oh, you only have an address? Hope you can read a map! The client texted a time change and now you’re a full hour early? You forgot the proposal on your desk but could have accessed it via Google Drive on your phone? Yeah, you get the picture, and it’s the same thing for business professionals. Staying in a CTM’s or even a traveler’s good graces requires mobile-friendly options like booking, changing as needed, and communication with the chauffeur. Have an app because they are using them. Most travelers would prefer a text over a call, but know thy customer. Beyond power cords in every vehicle, you might consider investing (if you haven’t already) in several dozen power banks for your fleet in case your passenger has an emergency dead battery—and let him take it with him (and charge the company a nominal fee). Make sure they are juiced up and ready to go should they be needed. If a passenger loses his phone, be a hero and help him get a new one. Trust us, the traveler and their CTM will be grateful.

Lost Without a Human
Lest you think we’re suggesting that you fire all your office staff and replace them with chatbots, come on back down to reality. Yes, automation is making things incredibly fast and easy, and yes, apps are replacing some job functions, but you’re not Google. According to a recent study from American Express, streamlining travel has left one thing out of the equation: the traveler! Having the latest in technology is smart, but only if it’s functional and easy for the traveler to use. Customers still expect a level of service, but they also want to know that you aren’t bothering them with things that could easily be automatic. For the love of all things holy, don’t sacrifice customer service or training for some software package. Both are necessary, but one is very important. Bonus: Artificial intelligence (AI) is playing a bigger role in corporate business travel. It’s an idea we will explore in the near future, but do realize that it’s poised to change some aspects of customer service without completely replacing people—for now.

Corporations Are Buying Your Rep
Sorry to repeat ourselves, but your online reputation is everything, so build your community of goodwill by actually building your community and getting involved locally. Spread that good news in a modest way because no one needs another “look how great I am/my company is!” post. In an age of digital demands, human interaction and touch points have never mattered so much. Do the right thing. [CD1217]